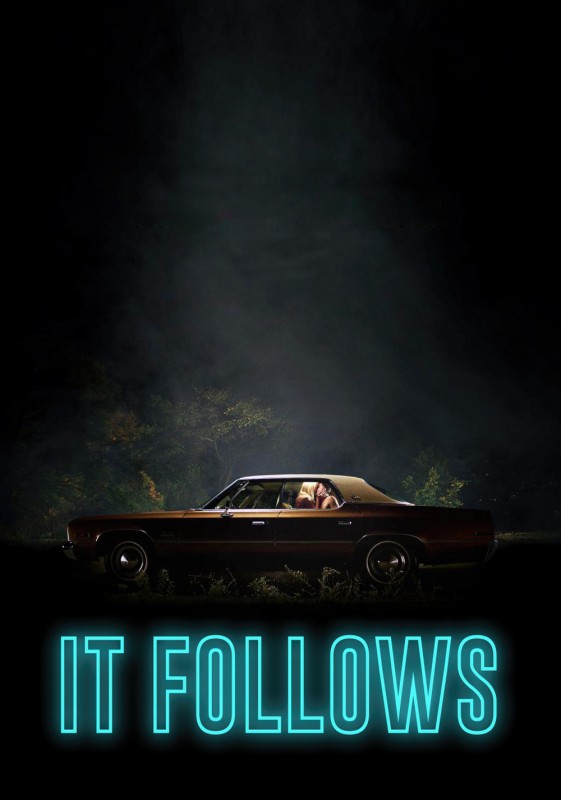 Sex is a dangerous activity in horror movies. From the earliest black-and-white films in which vampires seduce women to the later slasher flicks in which the killer spies on couples, people tend to drop their guard when engaged in sex and then have to deal with the consequences. Had two young camp counselors been doing their job instead of running off for some alone time, a teenage Jason Voorhees would never have drowned and the entire killing spree that his mother started would have never begun. It Follows takes sex, usually ancillary to the plot, and makes it intrinsic to the story and motivation of its characters. This unique approach results in an unpredictable plot that kept me interested from start to finish. Nevertheless, It Follows didn’t push things as far it could have done for my tastes and make the most of its simple yet creative gimmick.

It Follows has an indie feel throughout, from the cast to the filmmakers. Writer/director David Robert Mitchell’s previous movie was 2011’s The Myth of the American Sleepover. Many young filmmakers get their start in comedies and horror flicks, so it was a natural progression for Mitchell to come up with this one, based on a nightmare that he had. He should eat stuff that doesn’t agree with him more often… if that’s what encourages nightmares.

The plot for It Follows is rather simple, so it succeeds or fails on how far Mitchell expands the concept. I’d put this firmly in the success column. Jay Height (Maika Monroe of The Guest and Labor Day) is a college-age young lady in suburban Detroit who hangs out with her sister Kelly (Lili Sepe) and friends Paul (Keir Gilchrist of It’s Kind of a Funny Story) and Yara (Olivia Luccardi). It’s fall and still warm enough for the pool or visits to Lake Michigan. Jay has a date with Hugh (Jake Weary), and everything goes fine until he suddenly hurries her out of the theater where they’re about to see a movie. The couple later parks in a secluded spot where they have sex in the backseat. (Refer to my warning above about sex in horror movies.) The next thing that Jay knows, she’s tied up in a chair in an abandoned parking structure with Hugh nervously looking around. The premise is that having sex with someone transfers a curse to them, and the curse is that the titular “it” takes various human forms as it slowly walks toward you and tries to “get” you. Hugh has sex with Jay to escape the curse, and the rest of the film progresses as Jay tries to get rid of it herself.

The cast really sells the plot because they are all believable. Monroe has the looks and presence of the best scream queens of the past, yet Jay is smart, resourceful and determined, unlike many women in horror films. Gilchrist is perfect as the nerdy, loyal Paul, and he mostly shows up because he has always had a huge crush on Jay. Luccardi, Weary and Sepe are solid, but they don’t stand out as much as Daniel Zovatto as the cool, helpful neighbor across the street named Greg. Jay, Kelly, Paul, Yara and Greg try to find out what they can about the curse and help Jay in her struggles. This leads to some tense, spooky scenes that display Mitchell’s skills and will likely have you on the edge of your seat and yelling at the screen.

Mitchell creates a weird vibe with It Follows. The music by Rich Vreeland (as Disasterpeace) has a ‘70s feel and really calls to mind Italian horror of the ‘70s and ‘80s. There’s a weird mixture of technology, too, with one character reading Fyodor Dostoyevsky’s The Idiot on a modern circular device and TVs that I swear have “rabbit ears.” There are some beautiful, dizzying circular shots in a school and a hospital in which you don’t know what or who will pop up as the camera turns. Mitchell thankfully doesn’t overdo this technique, and I was impressed with how he keeps you guessing when “it” reappears. Legend Robert Kurtzman handles the special makeup effects, so there is none of the sloppy work that you would expect in a low-budget production. 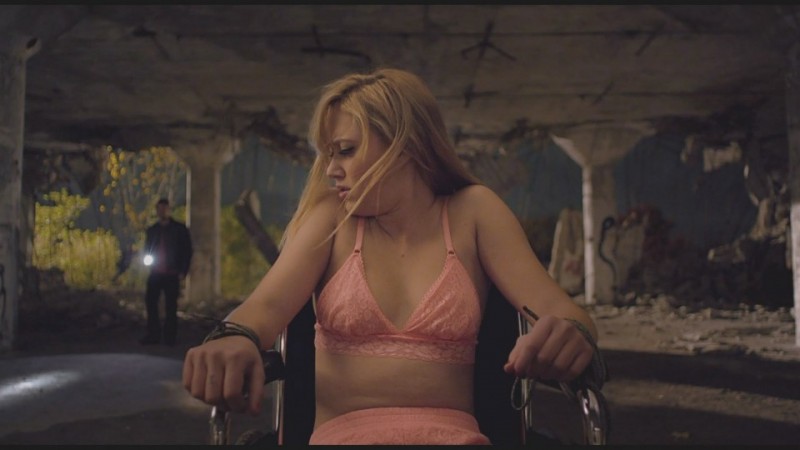 Unfortunately, It Follows has some problems that irked me a bit but ultimately didn’t detract too much from my enjoyment. I really hoped for some backstory for the curse. There’s a bit of that as the friends track down Hugh. Some would argue that knowing little about the curse makes it that much scarier. Although “it” takes human form and walks toward its victims, the creature’s powers are inconsistent. I would expect more monster than some of the supernatural abilities would indicate. The physical presence of “it” offers up many possible ways of thwarting it, so it’s frustrating that none of the characters think of them. The film occasionally drags, so I started to think of it more as It Wallows in those instances. Mitchell creates a wonderful MacGuffin with “it” out there somewhere, inexorably heading toward someone, and I’m frustrated that he didn’t get the most out of his own creation.

Although there is always a concentration of horror films around Halloween, the recent trend has been to sprinkle them across the weekends throughout the year as well. It Follows will still be memorable in October. The scenes at a lake house and an enclosed pool are worth the price of admission alone. I’d keep my eyes on Monroe; she has a bright future ahead of her in any genre. Pat Benatar’s “Sex as a Weapon” is the perfect accompaniment to seeing It Follows. The traditional tree-lined neighborhood street and ordinary locations sometimes spawn the spookiest of movies from Halloween to A Nightmare on Elm Street. It Follows makes its own space in the horror neighborhood and offers something else to fear in Detroit besides the economy.