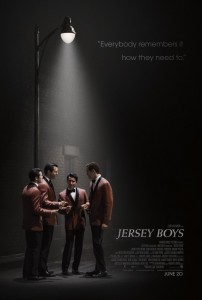 They were the biggest rock group in America before another fab four came over from England to rewrite rock history. In 1951, small-time hustler Tommy DeVito (Vincent Piazza) fills an opening in his local band with his golden-voiced falsetto friend — the soon-to-be Frankie Valli (John Lloyd Young). Now lacking only a hit, the group is introduced to a young songwriter, Bob Gaudio (Erich Bergen), who pens the seminal ballad “Sherry,” vaulting the group to stardom.

Their journey is complicated by their own naïveté, DeVito’s insatiable appetite for trouble and the inevitable rigors of a life on the road away from their young families.

Veteran director Clint Eastwood undertakes the task of re-creating the energetic Broadway hit of the same name for the big screen. The resulting film attempts to retain much of the script and presentation of the musical while adding some deeper biopic elements, and it fails. 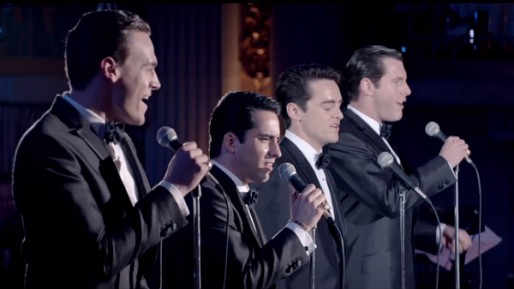 From the very first moments, it seems clear that Eastwood couldn’t make up his mind as to whether the film should be a musical or a straight drama. Instead, we get a mishmash of two competing styles that only detract from one another. In the musical, fourth-wall narration helps keep the story flowing, but using it in the film feels cheap, unnecessary and distracting.

While musically up to the challenge, the cast is otherwise heavily inconsistent. Christopher Walken as Genovese crime family member Gyp DeCarlo gives one of his most memorable performances of late. With a strong effort, Bergen nails the bright but unassuming Gaudio. Piazza, on the other hand, is simply too pretty and thin to buy as the thuggish troublemaker. Young, in the lead role, is capable but still fairly forgettable, although the horrible age makeup that he and the others get for the final scene may regrettably endure.

Even when the film could go a step beyond its roots, it loses its way. Critical elements of the band’s history are left out, while other details come packaged in overly-long scenes that do little to move the story forward. While you’ll hear their hit song, “December, 1963 (Oh, What a Night),” it’s played only as background music and zero is said about Valli’s huge success singing the title song for the hit musical Grease.

It’s hard to imagine what Eastwood was after here. A show so full of energy on the stage is reduced to a listless, lifeless film that feels so much longer than its 134-minute running time. As a musical, it struggles to keep us enthused. As a biopic it puts us to sleep. The only reason to bother is to catch another Walken gem and to enjoy the medley number played during the final credits.