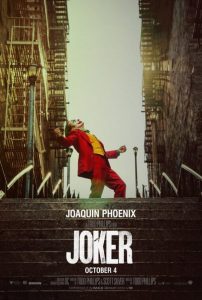 The Joker ranks as one of the most recognizable villains in pop culture thanks to numerous versions in comic books, television, film and video games. Many actors have tried their hand at this role from Jack Nicholson’s flamboyant turn in 1989’s Batman to Heath Ledger’s Oscar-winning performance in 2008’s The Dark Knight. In most cases, actors focus on the manic energy of the transformed character and not the man behind the greasepaint. Joker takes a completely different look at this villain with an approach that largely avoids the greater DC Universe around him to focus on his part of that world. Similarly, Logan turned out to be one of the best X-Men films because it almost completely cut the clawed character out of the expected comic book movie and built a compelling drama around him. Joker details the mental decline of a social pariah who eventually develops a new identity to cope with his pain.

Writer/director Todd Phillips made a sharp left turn with Joker to leave comedies like The Hangover (and sequels), Road Trip and Old School behind and jump feet first into heavy drama. For most directors, this would be a fatal error, but for Phillips, it works. He introduces a gritty Gotham City of the late ‘70s or early ‘80s that reminds you of New York City in that same era. Professional clown for hire Arthur Fleck (Joaquin Phoenix) looks after his sickly mother (Frances Conroy), and they both delight in watching the nightly talk show that stars Murray Franklin (Robert De Niro). Very much a loser in life, Fleck defines the difference between a shlemiel and a shlemazel with him as the latter. If his status wasn’t enough of a burden, Fleck also has a condition that causes him to laugh and cry uncontrollably at the most inopportune times. After getting jumped by kids who severely beat him up at the beginning of the film, Fleck begins a downward spiral that leads to violence and crime.

Make no mistake about it; Joker centers on Phoenix’s excellent performance. Always a bit quirky and unusual, Phoenix has a long list of roles that includes his turn in 2010’s I’m Still Here that also led to the then-bearded star appear on talk shows in this other version of himself as an extension of the project. Phoenix takes that kind of commitment to physical extremes as Fleck. Akin to the weight loss by Christian Bale — curiously playing Batman later on in life — for The Machinist, Phoenix is all skin and bones and defines the outline of his rib cage in one scene while stretching on a couch. Fans of Iron Maiden will note that his physique reminds them of the band’s mascot Eddie, which really calls to mind the villain Scarecrow rather than Joker. Phoenix goes beyond the physical and excessive smoking to deliver a portrait of a broken man with his awkward nature, weird dancing and an unsettling laugh that’s both annoying and funny. When he says that “all I have are negative thoughts,” you believe him while you also feel sorry for him.

With the focus on Phoenix, other actors need to make the most of their screen time. Zazie Beetz does that best as Fleck’s neighbor and potential love interest Sophie Dumond, who radiates enough light and positivity to even rub off a bit on Fleck. I’ve loved Conroy’s work in various seasons of American Horror Story, so it was a welcome surprise to see her in Joker despite her small role. De Niro may get big billing elsewhere, but he’s a supporting actor in Joker. De Niro’s Franklin is an obvious homage to Johnny Carson, complete with the curtain of various colors, yet this character doesn’t offer anything different than De Niro has been doing for years with smirking and hamming it up. Franklin feels much like De Niro’s character from Meet the Parents if he hosted a talk show. It’s unintentionally funny when Franklin reminds Fleck that there’s “no cursing or off-color material” on his show while De Niro has been going around doing exactly that with no concern about getting bleeped.

Most people will see Joker expecting one thing and leaving feeling something else. There was great concern that moviegoers might get triggered by the violence in the film and the Gothamites who protest against the rich and government institutions. I don’t expect that just like people didn’t react to The Purge and its sequels. If you really want to compare Joker to any film, I’d pick the dark 1993 Michael Douglas movie Falling Down. In that story, Douglas plays an ordinary man who strikes back at those who wrong him when he just can’t take it anymore. Here, Fleck has the same character arc, but he’s an ordinary man with mental illness and a condition that’s probably a version of pseudobulbar affect.

Other than Ledger’s performance, most other Jokers didn’t leave me wanting more. Phoenix’s role compels Phillips or perhaps other filmmakers to bring him back. Will that happen? Who knows. Batman fans might be disappointed with Joker, yet there are still some nods to a potential future with the Wayne family’s presence in the story and an entrance by Bruce Wayne that brought a smile to my face. Phillips made the most of the real-world locations in New Jersey and New York City, and the Bronx steps that Fleck descends while dancing will likely become as iconic as the similar long steps of The Exorcist. Although there aren’t a lot of songs in Joker, they are all picked perfectly, including Jimmy Durante’s “Smile” and Gary Glitter’s “Rock and Roll Part 2.” Joker’s character study might make you rethink how comic book characters get translated to the big screen while you appreciate its intense drama. 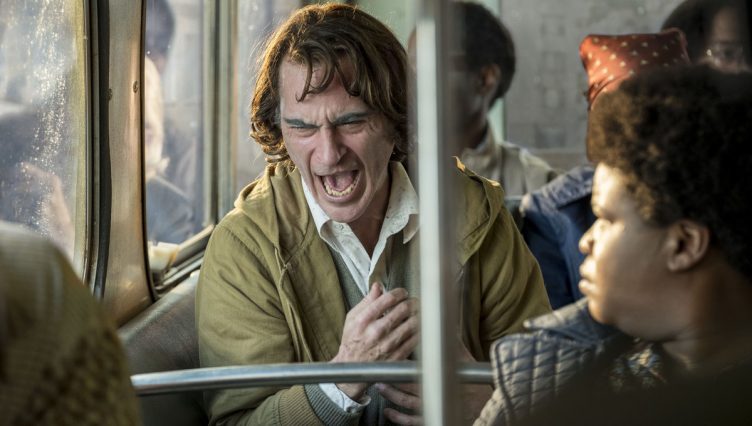