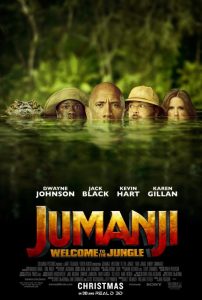 A mysterious game draws four unsuspecting players into its fantastical world in Jumanji: Welcome to the Jungle.

This is not your father’s Jumanji — the 1995 film that left me wondering if Robin Williams‘s best days as an actor were over. This entirely new story thankfully shares almost nothing with its predecessor beyond a name and some broadly rudimentary concepts. The film does open with a flashback sequence that takes place in 1996, but it’s unrelated to the characters and chaos of the original tale. It then jumps to current day 2017 where four high school students are serving out a mandatory detention reminiscent of The Breakfast Club. The bored teens stumble upon a dusty video game console and decide to escape their tedium by trying out its singular offering. The game starts by having every player choose a specific character. Once selected, the four kids are suddenly transported inside the game’s expansive jungle world. Upon arrival, they realize that they’ve morphed into the semblance of each of their chosen characters.

No film in 2017 surprised me more than this one. It showed up seemingly out of nowhere, devoid of any hype and based on a lackluster original film. In fact, I highly suspect that it might have done better if it skipped the branding and just presented itself as an entirely different story. Regardless, this is an adventure that deserves your attention. I haven’t had this much fun in the jungle since Madagascar. Sure, it’s simple, predictable and a tad campy, but in just the right proportions.

It feels like a live-action version of the classic video game Prince of Persia. (Yes, I realize that the game already has a live-action adaptation from 2010, but the less said about that abomination the better.) The main characters are both well thought out and perfectly cast. The interplay between each of them is pure jungle treasure. Hart, Johnson and Gillan all shine as brightly as newly minted Incan gold. Black has his moments as well, but mainly plays second fiddle to the rest.

The brilliance is in its flawless use of character counterbalance. Johnson may be The Rock on the outside, but inside, he’s a scrawny, easily petrified nerd. The same is true for every major character. It sets the stage for a landscape as rich in comedic opportunities as the trees that surround them all. I definitely recommend that you grab the controller and enthusiastically press Start. 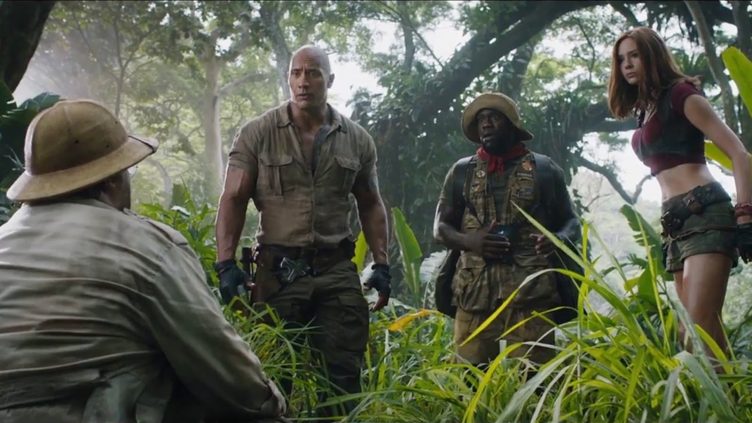