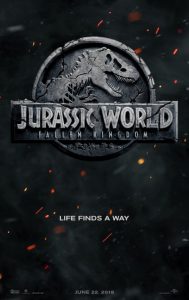 A rescue group sets out to save the World’s last dinosaurs from their doomed habitat in Jurassic World: Fallen Kingdom.

Three years after the devastation of the Jurassic World theme park, the attraction’s last remaining dinosaurs face their latest bout with extinction. Their now-abandoned island home is being torn apart by a cataclysmic volcanic eruption. The park’s onetime operations manager, Claire Dearing (Bryce Dallas Howard), joins an expedition to corral as many species as possible. The plan is to transport the dinos to a remote island refuge where they can live out their remaining lives free of human meddling. Dearing brings along her onetime lover and park trainer, Owen Grady (Chris Pratt), in hopes of tracking down Grady’s beloved Velociraptor Blue.

Together, Dearing and Grady quickly realize that they’ve been hired on as little more than pawns. The director of the expedition (Rafe Spall) has far more nefarious plans for both them and their cherished dinosaurs. Of course, that only matters if the pair can get off the island before it disappears beneath them.

The follow-up to 2015’s Jurassic World is an experience every bit as chaotic as the exploding island of Isla Nublar. The story leaps into action with a breathless opening scene filling the audience with giddy anticipation of what’s to come. Then the plot takes hold and it all crashes down like a cheap tent. Oh, how far we’ve come from this film’s once-smart progenitor.

That’s not to suggest that there’s nothing to like here. Far from it. The soundtrack and visuals are among the best of anything screened in 2018. Every single action sequence is riveting. The film’s biggest battles transport us back to childhood when films like the original King Kong taught us the definition of “epic.” If only the plot made any sense. For starters, take the main concept. Howard’s character wants to rescue a dozen dinosaurs from one island just to move them to another island to give them freedom from human interference. Uh, wait. Wouldn’t just leaving them on the first island achieve that goal without any huge effort? Sure, that island is in danger, but it’s nothing new for dinosaurs. It doesn’t help that the film’s two main bad guys are so laden with ridiculous stereotypes to be little more than laughable distractions.

What surprised me most about the film is its ability to win us back with its magical effects. They’re so immersive and impressive that we nearly forget the underlying story behind them. Overall, it’s a better film than the last effort, but one whose time has come and gone. 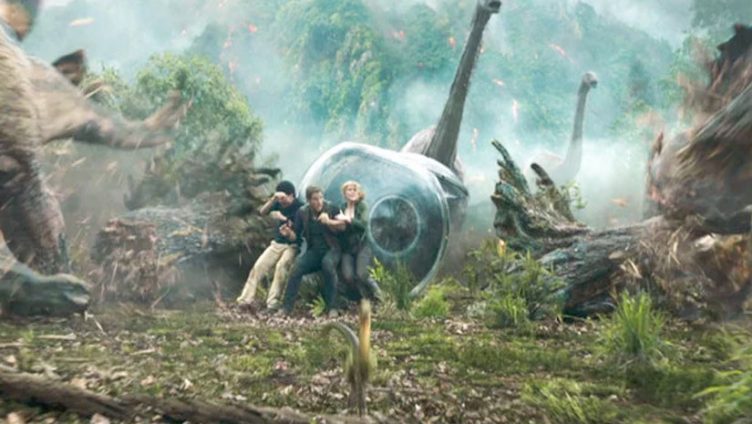