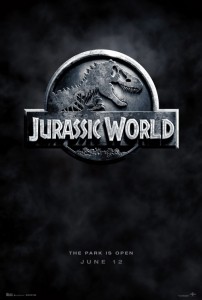 In 1993, director Steven Spielberg unleashed a monster of a film on a voracious populace. Jurassic Park boasted exceptional special effects, a creative story, several strong performances and some very memorable lines. Audiences couldn’t get enough. The fourth installment in Hollywood’s most successful dinosaur franchise seems destined to prove that nearly every one of those elements went extinct with the final frames of the first film.

The basic premise is still the same. Take the DNA of long-perished dinos and bring them back for the benefit of public consumption. The park’s current owner, Simon Masrani (Irrfan Khan), doesn’t seem very concerned about the risks. The fact that every previous attempt ended with the horrifying deaths of countless people seems entirely lost on upper management.

This cutting-edge park is dominated by not one, but two daunting entities. The re-created dinosaurs take center stage, but they are nearly eclipsed by omnipresent ad placements. The only thing more diverse than the island’s dinosaurs are the corporations. How can you tell this is a top-flight attraction? There’s a flipping Margaritaville! Starbucks gets their brand on screen more often than the film’s main attraction. The story’s heroine, park manager Claire Dearing (Bryce Dallas Howard), walks through an entire scene that seems created for no other reason than to show her drinking a well-positioned cup of Starbucks coffee. During one scene, the frenetic action inexplicably slows as the camera pans to highlight a flawlessly-centered, dramatically-oversized Mercedes logo. Advertising is definitely not on the endangered list here. 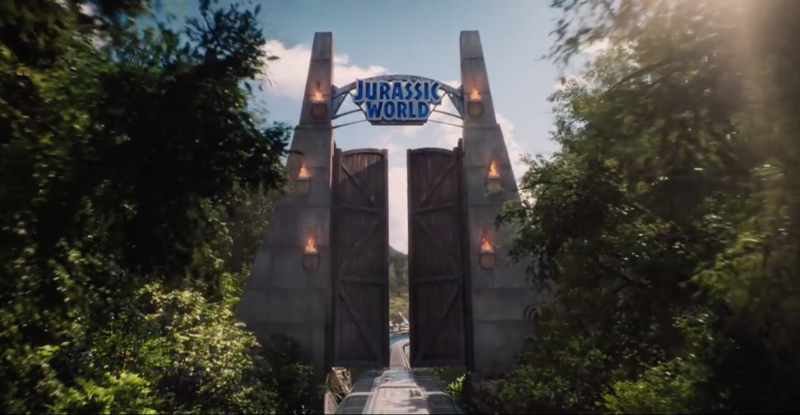 The story is every bit as shortsighted as the park’s management. Lacking any originality, the writers attempt to steal some magic from the original. We get two kids (Claire’s nephews) sans parents, lost in the depths of a park gone truly wild. Sound familiar? There’s even a reminiscent scene involving an incapacitated dinosaur that lacked only a large pile of dung and some witty dialogue. When the writers do stray, it’s always into ludicrous territory. The worst example is an inconceivable subplot involving the head of security (Vincent D’Onofrio), whose nefarious plan destroys much of the second half of the film.

Then there’s Howard’s character. She spends much of her time running around the jungle like Wonder Woman on high heels, sporting an always-impossibly-white blouse. I was sure that a Tide pen would materialize at any moment. The only time that they abandon the blouse is for an awkwardly gratuitous sweaty chest shot. No one else is sweating. Perhaps it’s due to all of her sophomoric banter with the park’s buff Velociraptor trainer — yeah, that’s a thing now — named Owen Grady (Chris Pratt).

Incredibly, director Colin Trevorrow takes a story renowned for its calculating, carnivorous creatures and unwittingly transforms them into mistreated, misbehaving dogs. The whole point of the concept is that we’re supposed to be rooting for the people. Instead, we get a film with a pulse that flatlines in every shot involving people. It’s only at its best when focused entirely on the creatures. Their epic action sequences provide all of the suspense.

The only thing this latest effort has in common with its inspiration is a single word. That word describes an era from a past long gone, much like the dream of a film that can’t live up to the original.