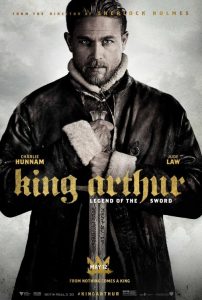 The legendary king returns to defeat his family’s foes in King Arthur: Legend of the Sword.

The mythical tale of King Arthur (played here by Charlie Hunnam) is a lifelong favorite of mine. I’ve read all of the classics and absolutely worship John Boorman‘s 1981 epic Excalibur. I’ve been waiting nearly four decades for someone to revisit this rich and storied landscape. Based on director Guy Ritchie‘s vision, it’s a property in major need of a bulldozer.

Ritchie takes the elegance, mystery, power and romance of a timeless classic and spits on it. His reimagining of Arthur might as well have been culled from the writings of the Unabomber for all of its connection to the source material. This is not only not your grandfather’s legend, but it’s also no one’s.

This shouldn’t have come as a surprise. This same man recast unassuming super sleuth Sherlock Holmes as an action hero. His Arthur exists in a surreal world that’s more akin to a Star Wars setting than one from the Dark Ages.

Hunnam seems painfully dwarfed by the silliness of it all. Main antagonist Vortigern (Jude Law) is barely a footnote in Arthurian legend. Merlin is nowhere to be seen, replaced by a dumbed-down character known only as The Mage (Astrid Bergès-Frisbey). Guinevere? Gone. Lancelot? Lost. Don’t even get me started on what becomes of Uther (Eric Bana). The film’s chaotic visuals and also-ran effects are simply no substitute for a compelling story.

Ritchie is now two decades removed from his best work (Lock, Stock and Two Smoking Barrels), has decimated two literary legends and now has his sights set on Aladdin. Can we get some crowdfunding going to buy out his remaining career before he does permanent damage? 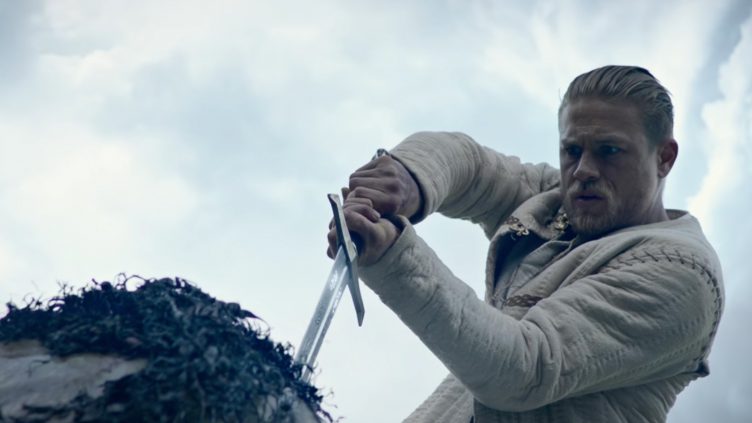