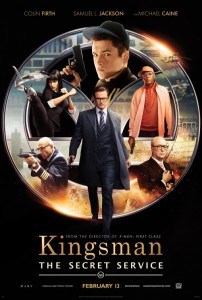 A super-secret government spy agency races against time to halt the maniacal plans of an evil tech genius in Kingsman: The Secret Service.

Hidden behind a veil of secrecy, there exists a British security service that specializes in deep, covert missions. Their goal is to protect the country and the world from countless unexpected dangers. Its ranks are filled with elite college students who undergo the most rigorous training imaginable. Most don’t make it through. Of those who do, only the very best are selected to join its exclusive ranks.

Harry Hart (Colin Firth) has been with the organization for decades. He’s battled terror in every corner of the globe. When a recent mission goes awry, he is forced to recruit a new team member and considers recruiting the son of a former agent and friend. “Eggsy” (Taron Egerton) will first have to make it through all of the training before he can wear a fine gentleman’s suit and call himself a Kingsman. The stakes have never been higher. A new enemy — a twisted entrepreneurial inventor and billionaire named Valentine (Samuel L. Jackson) — threatens the very existence of humanity itself. He and his evil companion “Gazelle” (Sofia Boutella) plan to eradicate all but a handful of select humans in order to turn back the tide of global warming. 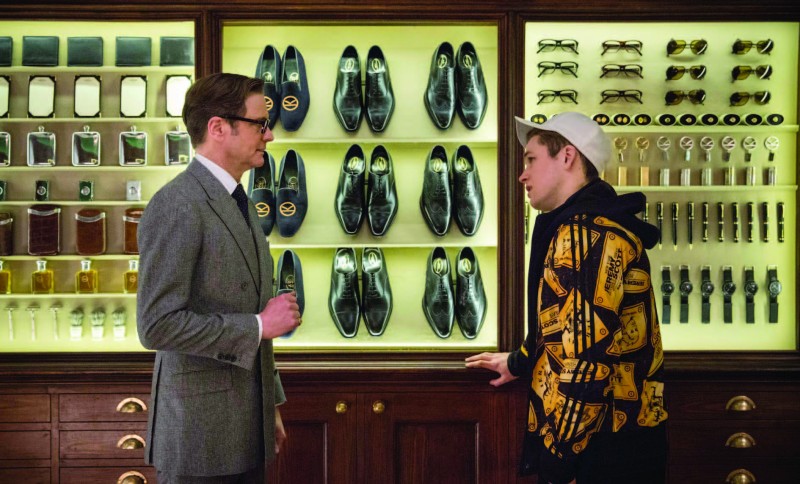 Director Matthew Vaughn (Kick-Ass and Stardust) knows how to deliver an action film that has more than its fair share of quirkiness. Based on a comic book, this latest project lampoons every spy franchise that we’ve ever encountered. It’s a cocktail that’s several parts James Bond and at least one part Men in Black, shaken liberally into one oversize, watered-down aperitif.

The trouble starts with a hodgepodge casting job. As a Bond type, Firth is entirely miscast and seems out of place from start to finish. Jackson is Jackson. Need I say more? Michael Caine plays Kingsman leader “Arthur” — all Kingsman members are named for Knights of the Round Table — but he is merely adequate and underused. Jack Davenport plays agent “Lancelot,” but he barely gets any screen time. Costar Egerton sticks out the most. He struggles to look normal in virtually every scene. The only performances that rise above the material come from Mark Strong as Kingsman organizer “Merlin” and Boutella as Valentine’s disabused chief sidekick.

The plot stumbles along for at least half of the film until a critical scene at a church sets Vaughn free to let loose with the crazy, and we finally find something to get excited about. It’s as if the film is challenging its own audience to a Kingsman recruitment process that only the heartiest can endure. For those who make it, the reward is a roller coaster ride of unadulterated action.

Be prepared for an endless supply of outrageous violence that’s framed with a fairly impressive soundtrack and a long, tedious climb to get to the good stuff.