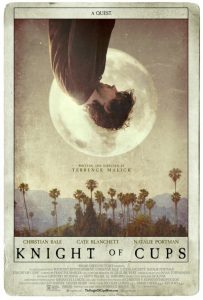 A despondent Hollywood screenwriter aimlessly searches for meaning in Knight of Cups.

Rick (Christian Bale) is utterly lost in life. He’s divorced and lonely, and he struggles with depression brought on by nagging family issues. He copes by listlessly bouncing between the upper-class excesses that his successful writing career makes possible: lights, glamour, drugs, alcohol and women. None of it provides the purpose that he so desperately hopes to find. It serves only as temporary solace against the impending darkness that awaits every new dawn. As the days flash on by, each one seems to reaffirm his deepest fear. There’s nothing more for him in this listless, unsatisfying life. What good will tomorrow bring?

This is the kind of film that makes you think about life’s biggest questions like, “Why the hell did I choose to see this rambling nonsense?” This review is one of the most difficult that I’ve ever had to construct. Why? I still don’t have a clue what the film’s even about. The one thing that the audience shares with its main character is that both hunger for any hint of meaning.

It comes from the mind of writer/director Terrence Malick. For many film buffs, that’s all that you need to say. Malick is known for penning and producing some of Hollywood’s more intellectually challenging films. Of his seven full-length features, only 1998’s The Thin Red Line stands out as having mainstream appeal.

Nothing about this film works on any level. It’s broken down into eight interminable chapters named mostly for tarot cards loosely relating to the character interactions in each chapter. The visuals are so frenetic that you’ll swear the projectionist is tripping on acid. He’s not, although you’ll wish that you were. The rampant random dialogue will coerce you into contemplating the benefits of seppuku. Its only redeeming feature is the unintended comedy that ensues as you laugh at the amazing ensemble cast that took part in this travesty.

It also holds the distinction of being the first film for which we’ve ever entered our lowest chart rating. That happened just 21 minutes in. Little did I know that it was never going to get better from there. It then carried on with 13 consecutive lows taking us to the end of our self-imposed sentence and sweet, sweet release.

This is an incomprehensible, incoherent, impenetrable, impotent wreck of a film. Death is the card on which the chapters should have ended. 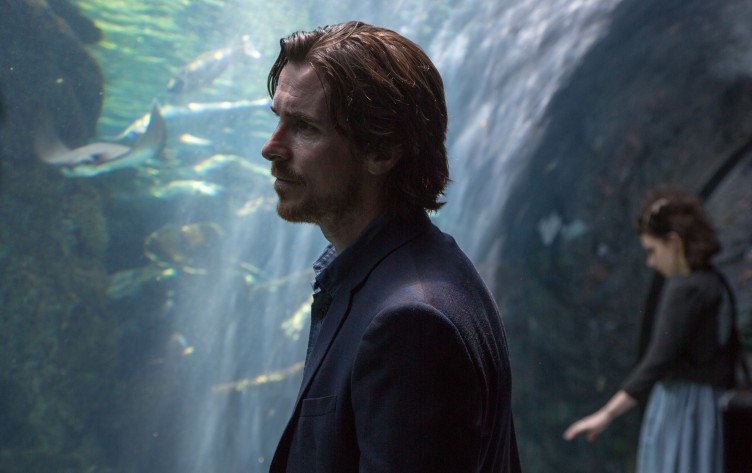