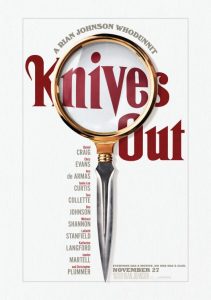 The sudden death of a famous elderly novelist turns family against family in Knives Out.

Money has a way of exposing everyone’s worst instincts. It’s never more true than when huge piles of cash are at stake. Such is the scene when crime novelist Harlan Thrombey (Christopher Plummer) turns up dead the morning after his 85th birthday party. Harlan’s long-dependable string of best-selling books provide the means by which all of his extended family get by. It’s a foundation for mayhem that would feel right at home on the pages of a Thrombey thriller.

When the police arrive, they quickly discover that everyone in the house has a clear motive for wanting the old man dead. There’s just one catch — Harlan appears to have died by his own hand. Is his unexpected death quite so cut and dry? Only the dead man seems to know for sure, and he’s not talking.

Few things in filmmaking raise my suspicions more than a star-studded ensemble cast. I can’t help but think that the studio is trying to hide a horrible plot behind the blinding glow of the glitterati. I’ve lost count of how many times that I’ve had to write about the reality of what might have been. This is not one of those times.

Writer/director Rian Johnson (Looper and Star Wars: The Last Jedi) packs the screen with Hollywood heavyweights and fills each of their characters with enough charisma to rouse a coma ward. Every performer takes the material and plays it for all it’s worth. Imagine the meal that you’d get from a room full of the world’s best chefs, armed with the ripest, freshest ingredients. Bon appétit!

The ambiance of this grand meal is enriched by its ideal setting. It flawlessly mixes one part Clue, one part Murder on the Orient Express and just a smidgen of The Sting. Its rich humor is the perfect palette cleanser, delivered in timely fashion after each new course.

To discuss the individual performances would turn this treatise into a manifesto. It suffices to say that everyone is simply exceptional. It doesn’t hurt that we get the distinct impression that all of them had a blast making the film. I’m also curious to learn if they knew the outcome from the start. None of them give a hint as to the identity of the “who” in this whodunit.

This is the kind of feast that leaves you wishing that you could go on eating forever. Now, pass the wine and dig in. 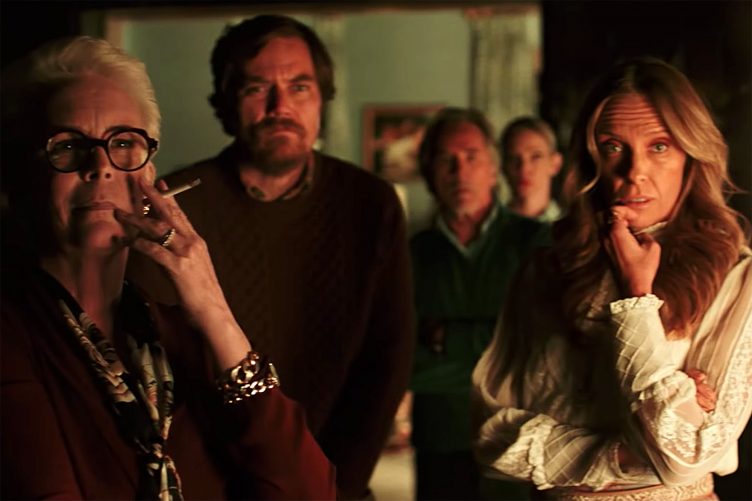