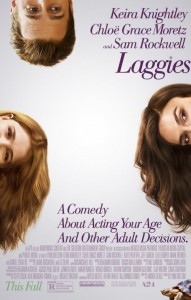 A rudderless young woman decides to disappear from her own reality in hopes of finding her true calling in Laggies.

10 years after high school, Megan (Keira Knightley) still hasn’t found a way to move on with her life. All of her friends have long since moved on with theirs — getting married, having kids, starting a career — but not Megan. She just can’t seem to find the will or the desire to effect any real change in her directionless existence. She did manage to move out — barely — living not too far away with her high school sweetheart Anthony (Mark Webber), who’s clearly more invested in the relationship than she’ll ever be. For her, life is just a process of going through the motions, taking each day as it comes and never once actually trying to steer it down any other path.

When Megan’s finally called upon to accept some real responsibility, the mere thought of it sends her running for the hills. She tells Anthony that she has to attend a conference, but instead, she hides out in the bedroom of 16-year-old Annika (Chloë Grace Moretz), a girl whom she’s just met. The two manage to form a quick, if unconventional, bond that fills a long-vacant void in each of their lives. Of course, Annika’s father Craig (Sam Rockwell) catches on and demands to know the full story. Megan concocts an excuse just plausible enough to allow her to stay, but the charade can only last for so long. 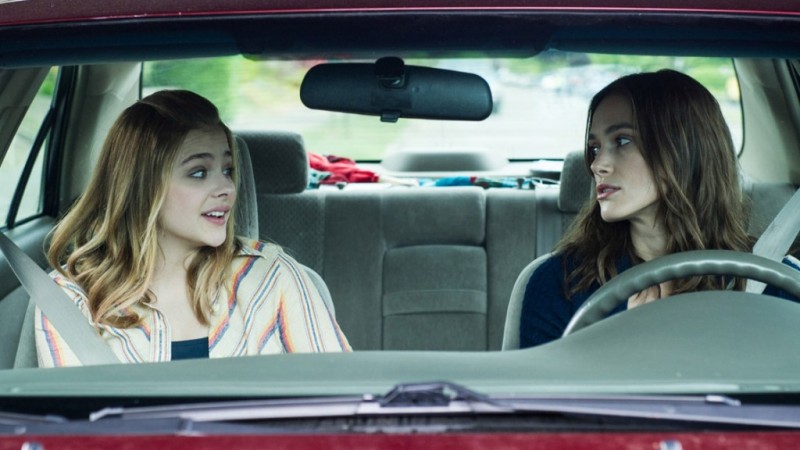 I went into this film with high hopes. Director Lynn Shelton wrote and directed one of my top five films of 2011 — the wonderfully candid Your Sister’s Sister. My hopes were dashed before the end of the first act. Almost nothing about this effort feels even remotely genuine. The only saving grace for Shelton is that she didn’t write it. The real trouble begins as soon as Moretz shows up. This is yet another film in a surprisingly long list where she looks impossibly out of place. The only time that she’s tolerable is when she’s just part of the background. While nothing spectacular, Knightley’s performance feels comparatively award-worthy every time they interact. Nearly every character, including Knightley’s, feels artificial. The only exception is Annika’s best friend Misty, played admirably by Kaitlyn Dever. Hers is the only character whom we can actually identify with, and she’s barely ever on screen.

The film glosses over far too much, never really getting to the heart of Megan’s troubles. We also don’t buy into any of the rest of the plot’s premises. Rockwell’s character is a complete lump of clay who responds exactly the way that the script needs him to regardless of how incredulous his actions might appear. In the few times that we sense the film breaking free of its shackles, it quickly collapses back into its original dreary form.

Laggies is predictable, amateurish and resolves exactly the way you know that it will right from the outset. This is a film whose premise seems to have infected everyone involved in it. Join the club, and make every excuse to avoid it.