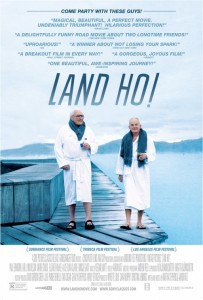 Two elderly ex-brothers-in-law embark on an impromptu journey around the surreal landscape of Iceland in Land Ho!

Newly-retired Texas doctor Mitch (Earl Lynn Nelson) needs something to break the monotony that now dominates his life. It’s time for something drastic — something that might also bring a new perspective and outlook. Retirement has only underscored his place in the bigger picture. Time is growing short.

He calls on old Aussie friend and ex-brother-in-law Colin (Paul Eenhoorn) and tells him that they’re going to Iceland. Colin, a bit perplexed by the raw absurdity of the idea, tries to dismiss it. When his friend persists, Colin explains that he doesn’t have the money to go, but Mitch won’t hear of it. He’s already bought their tickets and explains that everything’s paid for. Sensing Mitch’s time-tested, steadfast determination, Colin resigns himself to his role in Mitch’s grand vision. It’s certainly a bold, compelling idea, but Colin knows that the bigger challenge will be putting up with Mitch’s overbearing behavior. The two are definitely not cut from the same cloth. Colin is quiet and reserved — an introvert through and through. Mitch is anything but. He’s bawdy, crude and patently unconcerned with the way that other people might perceive him. This will not be a trip marked by long moments of solemn reflection. 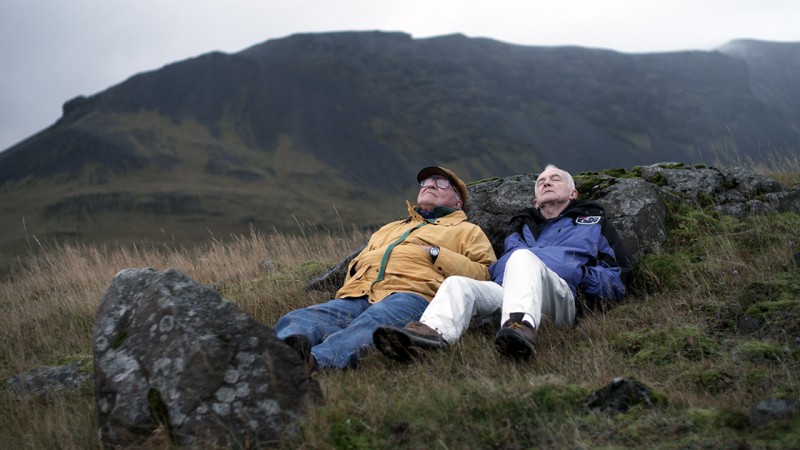 Without a doubt, the biggest challenge for this small independent film is convincing many of its viewers that Colin would ever willingly commit himself to spending any time with Mitch beyond what’s absolutely necessary. It’s really not all that difficult to understand. Many of us have friends whom other people in our lives can’t stand. There are times in life when an old friend — like a worn old pair of shoes — is just what’s needed. Mitch and Colin know each other inside and out. They understand that each of them has traits that bring out the best in the other.

What’s portrayed is a deeply genuine relationship with dialogue that’s refreshingly honest and realistic. Like most such true-life commentary, it can become a bit repetitive and go on a bit too long. The deeper messages are subdued and left to the viewer to work out. For their parts, Nelson and Eenhoorn each give us strong performances with which we can easily connect. We feel Mitch’s deeper inner child and Colin’s heavy burden. The Icelandic backdrop acts as the perfect location to accentuate the strange, curious nature of the film’s odd couple. It’s a journey for which I’d willingly sign up — even with Mitch.