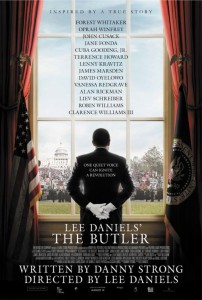 A poor black child from the deep South overcomes incredible odds to become a White House butler and bears witness to some of the greatest strides (and setbacks) of the civil rights movement in Lee Daniels’ The Butler.

Cecil Gaines (Forest Whitaker) was raised on a cotton plantation in Georgia during the early 1900s. He endured incredible atrocities, including the mindless murder of his father and the rape of his mother. Despite this inauspicious beginning, Gaines rose to the position of head butler at the epicenter of the civil rights debate — the White House. He stayed for decades, quietly serving and observing one administration after another as they negotiated the country through the growing pains of civil rights legislation.

The film follows Gaines from his earliest days in Georgia to North Carolina where he learned the serving trade at a local posh hotel and then on to a major hotel in Washington, DC, where he met and married his wife Gloria (Oprah Winfrey). His career demanded that he keep a low profile and work long, hard hours that often kept him away from home. Gloria struggled mightily with the long absences, finding solace in alcohol and a willing neighbor as she mainly raised their two sons.

There’s just one problem: almost none of it actually happened. 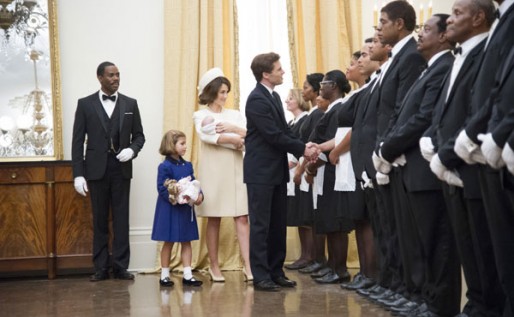 The story is based on the life of Eugene Allen and inspired by a Washington Post story from 2008. The real butler was raised in Virginia, never saw his father killed or his mother raped. He had one son who served and survived in Vietnam. His wife, Helene, wasn’t an alcoholic or the troubled soul played by Winfrey.

This is a film that wants to speak for a people and an evolution but goes about it entirely backwards. It tries to invent drama where no drama is necessary. The real events end up losing their power and importance. Never before have so many epic moments been presented with so little emotion. They serve as nothing more than markers denoting the passage of time.

One fabricated son is so badly handled that it’s impossible not to see over-the-top comparisons to Forrest Gump. He’s there at every beating, every slaying, every pivotal moment in civil rights history. His story is more interesting than Cecil’s.

Yes, the acting is solid, but that’s all you can say for this tediously long, poor substitute for history. Much has been made of Oprah’s role in the film, but even here I have to take issue. Her role materializes out of nowhere, and once there, she’s impossible to ignore. An Oscar nomination notwithstanding, she’s still more of a distraction than anything else.

In the end, Cecil Gaines spent decades surrounded by the most powerful people on Earth, dealing with the most compelling issues of the day, and his part in it was no more involving than that of the drapes. As a biopic, it’s a disappointing work of fiction. As a work of fiction, it’s every bit as dull as the drapes.