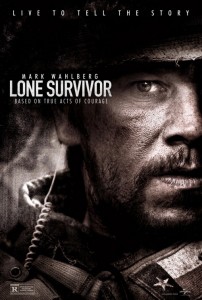 A tactical mission in Afghanistan to eliminate a top Taliban target goes awry in Lone Survivor.

On June 11, 1963, a Vietnamese monk sat down at a busy Saigon intersection and chose to be burned alive as a protest against the persecution of Buddhists by the South Vietnamese government. The monk sat motionless while he burned to death. That sheer willpower seems inconceivable to most people — but not to everyone. The ability to repress pain and remain focused on a goal is what our best elite forces are painstakingly trained to endure. This basic fact is central to understanding the foundation of the film.

In 2005, Navy SEALs sent a four-man team into the mountains of Afghanistan to verify the presence of a top Taliban commander responsible for the deaths of a number of American soldiers. However, soon after landing, the four SEALs are discovered by local goat herders, compromising their entire mission. Almost immediately, they’re beset by dozens of Taliban fighters, forcing them to leverage every ounce of their training just to survive. 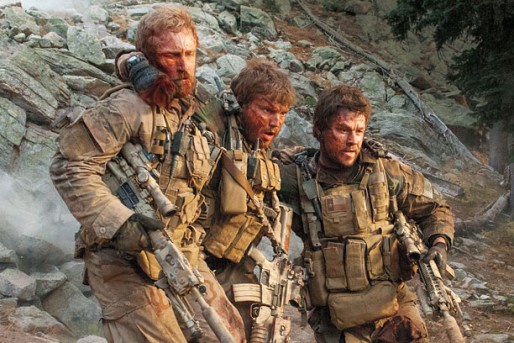 This is not an in-depth character study or a film trying to make a political statement. It is simply a reenactment of the mission from the perspective of those who were there. The action starts very early on and doesn’t let up until the final frames. Berg’s use of first-person shots leaves the viewer with nowhere to hide. Anger inexorably swells as bullets and rockets fly by with endless repetition. No film of recent memory better conveys the real life experience of battle. However, this is much more than an engrossing action experience. At play is a deeper story of true human fellowship.

Aside from potential disconnect with the skills portrayed, there are a couple missteps. The title unnecessarily exposes too much of the plot and there’s some overdone eyeliner on the two worst bad guys — just in case you fall into the “all non-white’s look the same” dilemma, I suppose.

This is a raw, visceral experience that commands your absolute attention with continual pressure, electric intensity and unexpected emotional power. It stands as a vivid reminder of not only the harsh reality of combat but also the common thread that binds us all together.