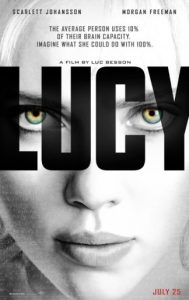 A reluctant drug mule gains incredible superpowers when she’s inadvertently exposed to the effects of a new drug in Lucy.

An American woman living in Taiwan runs into an exasperated recent acquaintance. He implores Lucy (Scarlett Johansson) to deliver a mysterious briefcase to a third party at a nearby hotel. The hand off goes horribly wrong, ending with her abduction into a murderous Asian drug cartel. The leader of the cartel compels her to carry their latest designer drug, called CPH4, into another country where it’ll be picked up by an accomplice. In normal doses, CPH4 allows its taker to utilize more than the normal 10% of their brain. Lucy’s exposed to massive amounts of the drug when, during her journey, it leaks out into her bloodstream. The overdose opens up new neural pathways, giving her access to superhuman abilities.

Now able to absorb limitless amounts of information, Lucy can also turn off pain, see electricity in the air and even control devices and people by thought. Desperate to control her new world and the drug’s growing negative effects, she reaches out to the one person on Earth whom she believes may be able to help — an academic expert on the human brain named Professor Norman (Morgan Freeman). Her race is one against time and the drug cartel looking to get back their missing product. 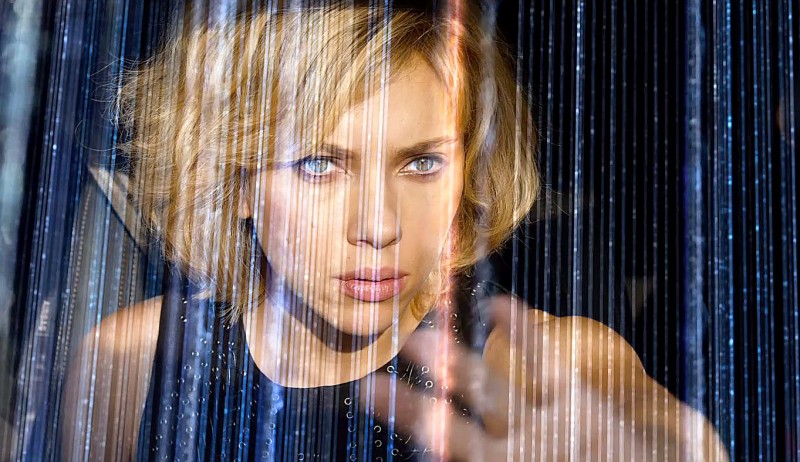 Award-winning French director Luc Besson ( The Fifth Element and La Femme Nikita) attempts to combine the energy and breadth of his two best films in this action-packed, sci-fi thriller. The tension hits full throttle from the very first scene. Besson’s tale is paired with stunning visuals, combining fantastical special effects and gorgeous location shots across several of the world’s most colorful cities. Lucy is innocent, smart, sexy and indomitable — in other words, a character Johansson could play in her sleep. It’s a perfect fit.

The first 20 minutes of the film leave everyone gasping for air, and then the entire experiment goes horribly wrong. The first sign of trouble comes from curious cutaway shots that are unintentionally funny and condescending. It only goes downhill from there. The script overdoses on impossible leaps in logic and head-scratching plot holes that defy reason.

Worst of all, the film’s best asset — its tension — evaporates with Lucy’s growing abilities. It’s something I call the “Superman Effect.” The reason that most Superman films fail is that Superman can’t realistically ever be in much danger. It’s like looking for thrills in a roller coaster without hills. Early in the story, Lucy dispatches an overwhelming threat with nary a thought. From that moment on, we know that nothing can touch her, yet Besson keeps going back to the now-empty well.

The film’s biggest question is what would happen if someone taps into 100% of their mental capacity. This film is what happens when filmmakers max out at 5%.