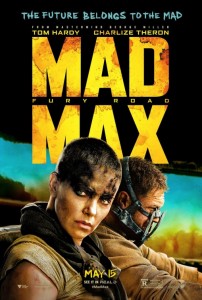 A resilient survivor teams up with a resourceful counterpart looking to find her way back home in the frenetic chase film Mad Max: Fury Road.

George Miller‘s seminal franchise began with 1979’s Mad Max, starring a very young, unknown Mel Gibson. It held the title of most profitable film for two full decades, spawned two less successful sequels over the next six years and then disappeared like a once-mighty dust storm across an Australian desert. Miller returns to his roots 30 years after the last entry with a deeper story, new faces and three decades of technical advances to leverage.

Let me say this right up front. I am generally not a fan of fantastical dystopian tales. I find that the characters are too bizarre, the plot is often too ridiculous to take seriously and the over-the-top effects try to distract you from the rest. Miller’s update pretty much followed the formula from start to finish.

Tom Hardy takes over the reins of the title character, but he rarely gets a chance to do much more than grumble. Once in a while, he finds himself haunted by visions of his past that are never fully explained. His Max Rockatansky also seems forever lost in the shadow of the film’s heroine, Imperator Furiosa (Charlize Theron). Furiosa is driven (literally) to break free of her long-term captors in a feverish race to find the distant land where she grew up so many years before. 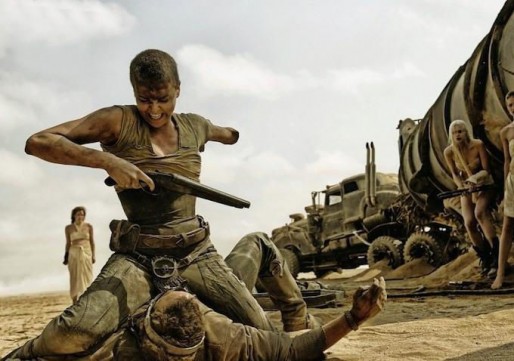 As far as the plot, it’s every bit as unoriginal as you’d expect. The world has collapsed, leaving everyone at the mercy of countless crazed lunatics who are desperate for more power. The source of that power comes from hoarded fuel and water. We’re told that both commodities are in short supply, but you’d never guess that from what we’re shown. Pretty much every vehicle we see is souped up in some entirely inefficient, gas-guzzling manner. Water gets dumped out for the masses right into the arid desert ground. No one seems to even notice as hoses are left open, pouring out its precious liquid.

The effects do everything possible to keep you from looking behind the curtain, but they often appear stunningly fake. The contraptions that embody the bulk of the effects also rarely make any logical sense. One gets the unavoidable impression that Miller wrote the story just after returning from a Cirque du Soleil show that he found lacking in energy. The only ingredient missing from the recipe is sex appeal. Miller mindlessly checks off that box with a cadre of nubile, barely-clothed concubines complete with chastity belts that look more enticing than protective.

This is a story that’s far more fantastical than the original. It reminded me immediately of Waterworld, and that’s not a compliment. This is effectively little more than one long car chase with oversized, overdone effects and paper-thin characters. If you’re not a fan of the genre, then this is one road to set the GPS to avoid.