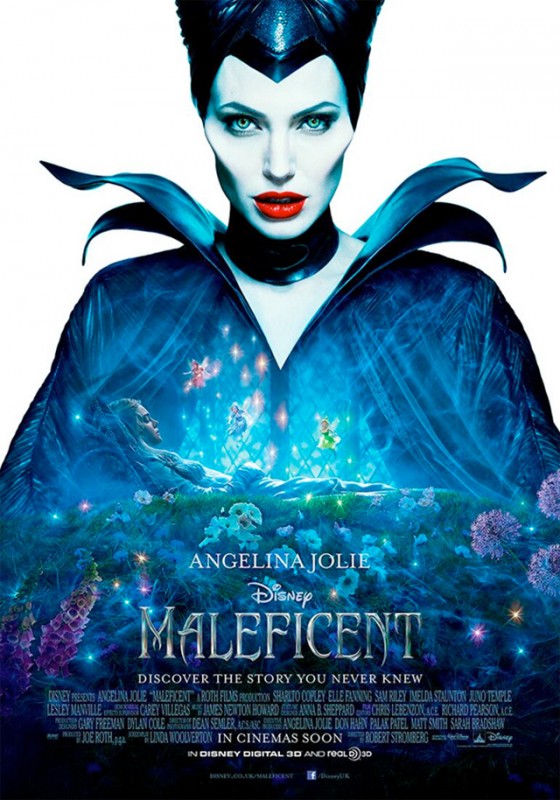 Great fairy tales, even the darker ones, completely take you out of the theater to a place where you’ve never been before and reward you with a fable and unique, fantastic characters. I think back to the experiences that I had when I first saw Shrek, Labyrinth, Beauty and the Beast and any number of other Disney fairy tales, and I remember how excited I was during the running time and how the events triggered various emotions. I expected Maleficent to at least be a good film because the approach seemed to be on target. I will admit that I’m not always a fan of star Angelina Jolie, and after the horrid, hammy performance by Julia Roberts in Mirror Mirror, I was afraid that I would have to endure another smiling, wisecracking villain. Sometimes, it’s nice when I’m proved wrong. Maleficent is an outstanding fairy tale with a Wicked sort of approach, and Jolie’s commanding presence perfectly matches the complexity of the titular character.

Maleficent was in good hands from the start. First-time director Robert Stromberg has tons of visual effects credits and two shared Oscars under his belt in Art Direction for both Avatar and 2010’s Alice in Wonderland. Writer Linda Woolverton cowrote The Lion King and 2010’s Alice in Wonderland. Forget most of what you know about the iconic Disney villain; only the most basic story elements are the same between Maleficent and Sleeping Beauty, celebrating its 55th anniversary this year. From the opening shot of the film’s version of the Sleeping Beauty Castle instead of the familiar one in other Disney movies, you know that you’re up for something different. Maleficent (Jolie as an adult, Isobelle Molloy as a child and Ella Purnell very briefly as a teen) grew up in the forest near the human kingdom and enjoyed the freedom that her wings provided as well as cavorting with the fantastical forest creatures. After betrayal by a human named Stefan (Sharlto Copley as an adult), Maleficent takes a turn to the dark side and places a curse upon Stefan’s infant daughter Aurora (Elle Fanning as a teen). She’ll fall into a deep slumber after being pricked by a spinning wheel’s needle on her 16th birthday, and only true love’s kiss can break the curse. That’s about as much as I’ll say about the plot; the rest is ripe for discovery when you see this modern twist on the Disney masterpiece.

Jolie is beautiful, evil and heartbreaking. She fully embodies this character, and her immersion makes Maleficent believable and even worthy of compassion at times. They did something weird with her cheekbones (perhaps prosthetics), so she has a sleeker, more striking profile that all of the supermodels would copy if they could. Jolie enjoys the evil bits like a well-placed finger on her bright-red lips, a toothsome grin or an intentionally affected line of dialogue. Her use of “beastie” to refer to Aurora is particularly memorable. On the other hand, Fanning is too giddy in her performance to the point of almost being idiotic. She rarely has missteps in acting, and I prefer her to older sister Dakota Fanning. Copley can’t seem to catch a break with his conflicted characters in this film, District 9 and Elysium; nevertheless, he plays complicated, doomed characters well. Much has been made of Vivienne Jolie-Pitt’s brief appearance as a young Aurora; it just comes off as a child clinging to her mother with both the actress and the character not afraid of Jolie’s appearance. Three actresses (Lesley Manville, Imelda Staunton and Juno Temple) provide the comic relief as the three pixies assigned by Stefan to look over Aurora. They come off as The Three Stoogesses. Sam Riley has an interesting role as Maleficent’s minion Diaval. He can transform into a variety of creatures, which he uses to look out for his mistress. Molloy is a stunning beauty who almost looks like the younger Jolie who I remember from Hackers and Playing by Heart (aka Dancing About Architecture).

The special effects are, well, magnificent from simple things like Maleficent’s shadow at Aurora’s christening to the quirky facial transformations used on the three pixies. The early scenes with Maleficent flying around the forest remind me of How to Train Your Dragon, and a battle scene with tree creatures and other forest beasties has the feel of The Lord of the Rings. I especially loved the animals in the mud in the forest, and I laughed out loud every time these little guys showed up with their mischievous antics. Stromberg indulged in what he knows best, so it’s not a surprise that a night scene with glowing, flying things harkens back to his work on Avatar. All of this imagery gives Maleficent a wildly original, creative look that takes me as far away from reality as possible. 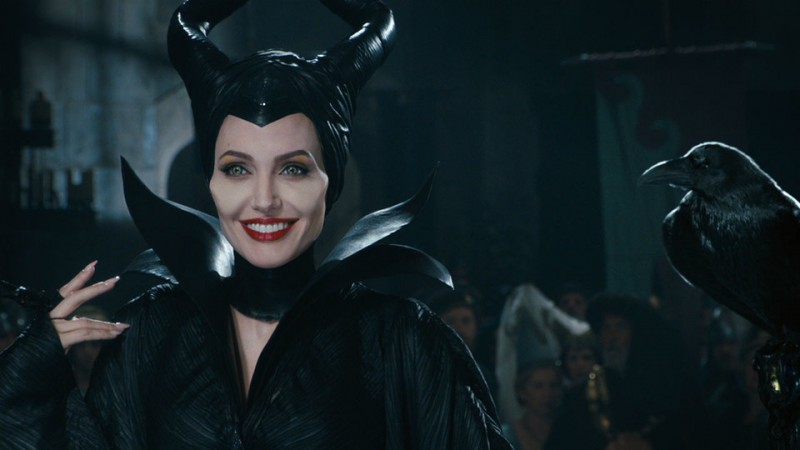 Disney purists will probably not like Maleficent. This is not a live-action version of the cartoon. It’s clearly inspired by the success of the musical Wicked in that it peeks behind the scenes of what you know about the fairy tale for a twist or two or nine. Yes, Maleficent retains that iconic horned head and evil laugh, but it’s necessary to open your mind a bit to truly enjoy the film. Janet McTeer’s narration is important because it guides you through the story and bookends it nicely. Some Disney villains are almost more popular than their contemporaries in the animated films. Maleficent is one of those villains who is popular at Halloween and other dress-up events. I’m certainly not pushing for a movie that focuses on Scar from The Lion King, but if someone can create a concept that works as well as Maleficent, I’m all for it.

Disney is on a roll that started with successes like Tangled and Frozen, and if the quality stays this high, I look forward to other escapes in the cinema. Maleficent is not a musical. James Newton Howard’s score accompanies the emotions nicely and ramps it up for the action and battle scenes. Lana Del Rey provides a nice version of “Once Upon a Dream” over the end credits that doesn’t have the same impact as her last movie song of the haunting “Young and Beautiful” in The Great Gatsby. Still, I’d let the throaty, moody Del Rey sing all of the movie theme songs. I hope that she gets to a do a James Bond theme song next. I’m really surprised by the PG rating because there are some very dark moments in the story that will scare younger viewers. For them alone, this film can wait until later. Maleficent impressed me from start to finish, and all of the right elements came together in a magical concoction.