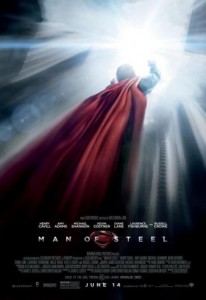 Henry Cavill dons the iconic suit and red cape in the latest incarnation of the story of Superman in the Man of Steel.

Superman, as a superhero tale, has never been a favorite of mine. Many of the Baby Boomers grew up with George Reeves‘s TV portrayal in the 1950s. I grew up with the character as the lead role in the animated series Super Friends. Then, of course, came the Christopher Reeve films (starting with Superman in 1978) that took their lead from other franchises of the day (namely the Bond and Star Trek films) by injecting heavy comedic elements into the plot.

By the time we got Superman Returns in 2006, I was pretty bored with Clark Kent and the entire story line. My problem with Superman has to do with my belief that it’s a fundamentally flawed tale. It’s just too hard to empathize with a character who’s virtually indestructible and lives in a world where humans are more or less useless fodder.

News of a remake didn’t interest me much, especially when I heard that the main people behind it would be Zack Snyder and Christopher Nolan. Snyder was at the helm for 300 and Watchmen — two dark films I found woefully lacking. Nolan, of course, gave us the current incarnation of Batman films. However, I only liked the first — Batman Begins.

This attempt at a reboot reimagines much of what we know about Superman. For starters, we get a much deeper look at life on Krypton and the history between Superman’s biological father Jor-El (Russell Crowe) and General Zod (Michael Shannon), the single-minded head of the military. Once the story moves to Earth, it continues the approach with its introduction of the Kent family (Kevin Costner and Diane Lane). 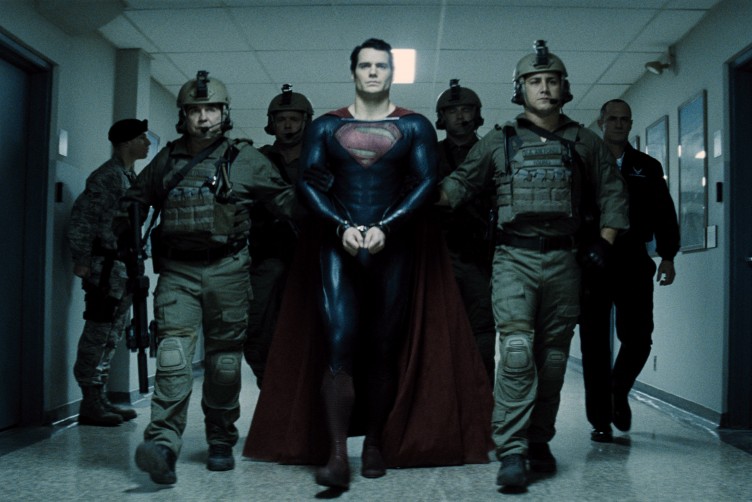 Also reimagined is the story between Superman and Lois Lane (Amy Adams). Anyone looking for the light-hearted, romantic comedy of the earlier series is in for a huge shock. Here we get a more low-key, almost tender and somewhat more sensitive interaction that should lend itself well to future sequels should they come.

This origin tale is, not surprisingly, a much darker, more brooding story that’s far more serious than any previous effort. Cavill, as Superman, looks great in the lead role. He fits this darker approach perfectly, bringing just the right amount of charisma and approachability to the role. That’s helped along slightly by a nicely updated suit and cape.

The look and sound of the film invoke the signature Snyder/Nolan ominous yet muted tones. The grays and blues of the visuals are matched scene for scene with the balefully relentless score. The 3D was entirely unnecessary and really added nothing to the experience, so skip it and go for the more vivid look of the standard version.

The film is best when it’s grounded. As soon as the action sequences start, it loses everyone with over-the-top effects and battles that seem nearly purposeless. On Krypton, this manifests itself with effects that push the boundaries of explanation. On Earth, it goes back to my main issue with Superman as a character. The action is like watching two large hammers hit each other over and over for two hours while everything around them collapses in their wake. The biggest concern about the 2006 reboot was that it lacked enough action to appease the target young male audience. That’s never going to be a concern with this version. You want action? This has more than enough to fill a half-dozen films. That’s not a good thing, but it’s also not at all surprising as that’s the same criticism I have of Nolan’s last two Batman films. The connection between the two franchises seems entirely obvious and intended.

I must also point out a disturbing number of blatantly obvious product placement shots that really detracted from the immersion. Time and again, I felt like we were given forced camera angles and long pauses to be sure we saw the bold logos of the companies involved. Shame on the producers for this.

As I said, the film’s best when it’s focused on the details and the personal stories. With those elements, it’s an absolute winning film with lots of childlike wonder and emotion. Outside of that, it’s awash in far too much frenetic energy. All in all, I found it entertaining and filled with enough potential to look forward to a sequel.