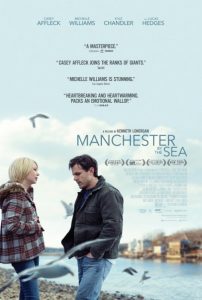 A reclusive uncle reluctantly returns to his hometown to handle his brother’s affairs in Manchester by the Sea.

Lee Chandler (Casey Affleck) put Manchester behind him several years ago and never looked back. These days, he lives an unassuming city life in an unassuming basement apartment working as its unassuming building handyman. Nothing is more important to him than protecting his privacy. Tenants and staff who try to engage him beyond a service call get rebuffed in no uncertain terms. He’s there only as a means to an end, and the details are no one else’s business.

His fortress of solitude is shattered one day when his older brother Joe (Kyle Chandler) passes away. Lee has been named as the executor of Joe’s estate, including guardianship of Joe’s only son Patrick (Lucas Hedges). It’s a trip that Lee wants to end as quickly and quietly as possible, but his past and the needs of his nephew refuse to oblige. Whatever drove Lee away in the first place will need to be dealt with, for better or worse.

As the old saying goes, write what you know. If there’s any truth in that statement, then we really need to start thinking about some serious counseling for Kenneth Lonergan. The writer/director now has three films where he’s handled both duties, including 2011’s Margaret and 2000’s You Can Count on Me. All three are dark, depressing stories about fundamentally broken people doing their best to barely tread life’s murkiest waters. Manchester by the Sea‘s Lee Chandler is as dark and dour as they come. It’s much the same story with many of the people in his life.

The main crux of the story is Lee’s deepest secret behind his abrupt departure. The only problem is that it’s only a secret to the viewing audience. Everyone in Manchester knows exactly why he left. That’s a cheap plot device that has no place in a film of this supposed caliber. The real question is if the film would work if we knew the reasons up front. I’m not so sure. Instead, we have to endure an ocean of dreary landscapes, brooding characters and plodding plot elements before getting anywhere near the answer. Little changes once we get the full story, told in countless flashback sequences. This is all punctuated by an entirely inappropriate soundtrack that often relies on forced, overly-loud, ominous chamber music.

The film is an absolute critic’s darling, and much of that is driven by its exceptional performances. Affleck is a lock to bring home some gold. I’m just not awed enough by great acting to forget the rest of the journey. At best, it’s a fairly interesting story with some amazing acting told over far too long a period with an entirely unsatisfying outcome. I’ll take the next boat. 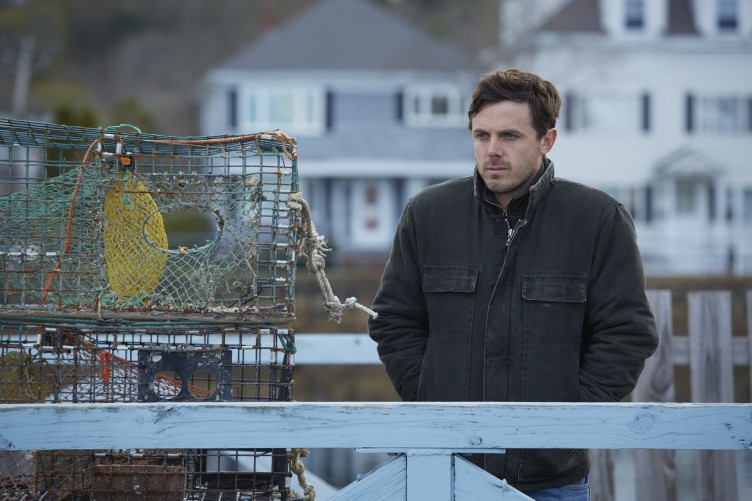