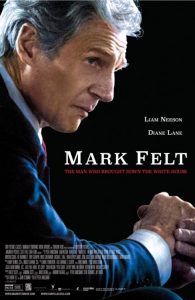 An FBI special agent takes on the president in Mark Felt: The Man Who Brought Down the White House.

No person before or since has dominated law enforcement as completely as J. Edgar Hoover. Hoover ran the Federal Bureau of Investigation (and its precursor the Bureau of Investigation) with an iron fist backed by a stash of invasive secret files that everyone in government feared. His Bureau was an organization that answered to no one. His tactics and those of his handpicked staff often ran afoul of the very laws that he was sworn to uphold. For nearly 50 years, no one dared to question his authority. When Hoover died unexpectedly in May 1972, President Richard M. Nixon saw the opportunity to not only rein in the bureau, but also to reshape it as a tool of the White House. What Nixon’s people didn’t count on was the conviction of Hoover’s staff to continue forward with their autonomous existence and the degree to which they’d go to preserve it.

As a dutiful disciple of Hoover’s for nearly 30 years, Mark Felt (Liam Neeson) seemed destined to move into Hoover’s office. However, Nixon worried that Felt was just an extension of his old boss. Instead, Nixon appointed obedient political figurehead L. Patrick Gray (Marton Csokas) to head up the Bureau. As the Watergate scandal intensified, Nixon’s staff pressured the department to halt and bury its investigation. Sensing real danger to the Bureau, Felt took matters into his own hands. He was determined to expose the truth, even if that meant becoming the biggest whistle-blower in our nation’s history.

This is a story that, by its very nature, comes jam-packed with intrigue. It’s a battle of wills played out on a political chessboard between true masters of the game. Its high-stakes machinations keep the audience engaged, but only from a distance. We feel like we’re watching it unfold through foggy binoculars.

The beauty of 1976’s All the President’s Men is that we understand the risks for everyone involved. This film fails to provide essential background on any of its characters, including the leads. We guess that Felt shares some of Hoover’s views, but we’re not keyed into his inner thoughts and motivations. We get no real sense of his loyalties or how he’s perceived by those around him. As a result, Felt seems the only viable source known to the world as Deep Throat. We wonder how the other characters fail to see what’s so obvious to the audience.

The story’s two subplots suffer the same myopia. Felt’s wife (Diane Lane) barely tolerates her husband, but we’re never given an acceptable answer as to why. We also get a minor, but entirely distracting, story about their daughter that just doesn’t work. The film would have been far better off sticking to the natural tension of the core battle between the FBI and the Nixon White House. Instead, what we get is a thriller that ends with the same degree of tension that one gets while waiting for a pot of water to boil. 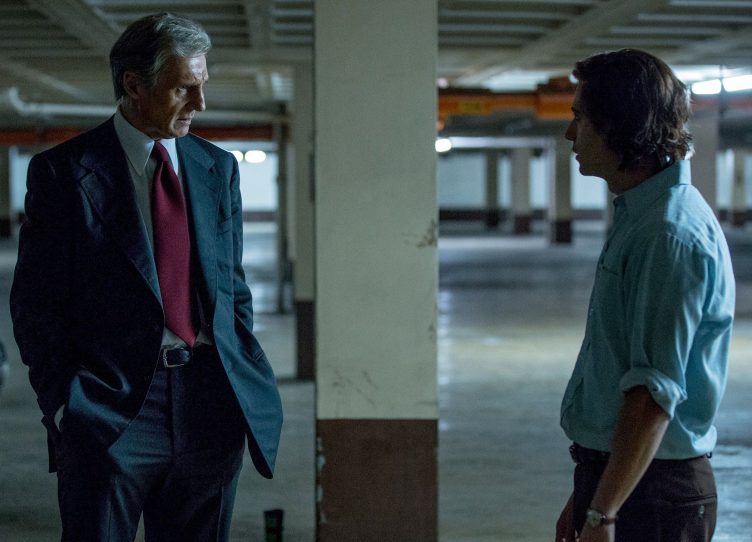