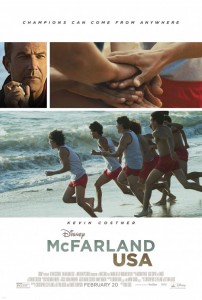 A down-on-his-luck high school football coach gets a second chance in McFarland, USA.

Coach Jim White (Kevin Costner) found himself on the outside looking in when his high school coaching career suddenly, unceremoniously came to a grinding halt. Left with no other options, White took the only opportunity available to him — a low-paying assistant coaching position in desolate McFarland, California. Light-years from what his family was used to, McFarland is a town dominated by poor farmer immigrants, many of whom wake before dawn in preparation for a long morning picking fruits and vegetables. The school-age pickers leave the fields in time to make class, only to return to picking once school lets out. It’s a life that none of the White family can imagine. Everything and everyone in the town seems foreign and potentially dangerous to them. White promises his wife (Maria Bello) that this is just a quick stop before bigger and better things.

As the family begins to settle in, Coach White is struck by the running prowess of several of his students. They don’t own cars, so they run to school every day and then back to the fields. For them, it’s just another indignity out of necessity. What they see as a harsh reality, White sees as a potential way out. If he can turn them into a top cross-country running team, he’ll be able to find a new job in a better zip code. What he doesn’t count on is the connection that’s quickly building between his entire family and a town that so desperately needs any inspiration that it can find. 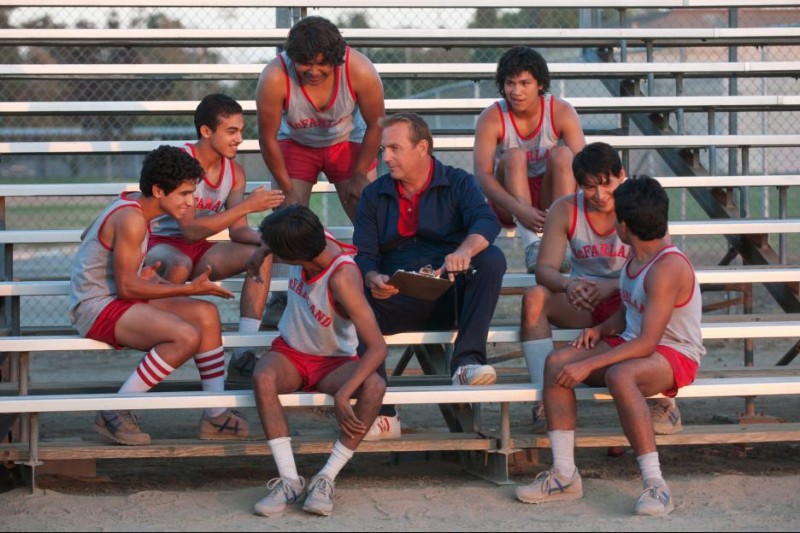 This fish-out-of-water tale is based on the true story of Coach White and the young students whom he helped build into far more than just another high school cross-country team. Costner is the perfect choice to play the “American as apple pie” coach. Bello also does a wonderful job playing the concerned, but always supportive, wife. The cast for the townspeople is dominated by two standout performances from Diana Maria Riva as the mother of three of the students and Danny Mora as a wise local store owner.

However, the story itself struggles to keep our interest for long stretches of the film. We never fully connect with the students or their families. One scene that’s meant to build empathy instead comes off as downplaying the true rigors of daily life out in the fields.

Once it does reach the final act, its message of determination and perseverance wins us over with a touching, feel-good ending. If the topic sounds like a winner, consider a very similar story in last month’s Spare Parts. That film isn’t as polished as this one, but it’s far more engaging throughout.