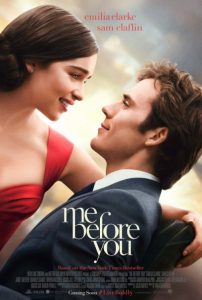 An innocent young woman takes home much more than a paycheck when she starts a new job in Me Before You.

Louisa “Lou” Clark (Emilia Clarke) is an eclectic, endlessly chipper young woman with a fashion sense that seems inspired by Jackson Pollock. She bounces through each day with nary a thought about her own interests. Her only responsibility is to the loving but financially strapped family with whom she still lives. When her current job unexpectedly comes to an end, she has to beg for whatever work that she can find. The only available position is that of a caregiver for a disabled man. It pays well, so she signs on for a six-month contract.

The patient, Will Traynor (Sam Claflin), was living a dream life before an accident paralyzed him from the shoulders down. He grew up in the lap of luxury as the only child of a prominent local family and blazed his own path as a successful investment banker. Now, he’s dealing with the harsh realities of a life entirely unlike the one that he envisioned. Every day is an arduous, draining trial both physically and emotionally.

Lou quickly realizes that Will’s accident paralyzed his soul more than his body and sets out to show him that life is very much worth living. It’s a tug of war that can only have one victor.

This surprisingly engaging dramatic romance is most notable as Clarke’s first leading film role outside of the science fiction and fantasy genres. It’s one that starkly contrasts the role for which she’s far more famous as the sexy Daenerys Targaryen in HBO‘s Game of Thrones. Clarke is nearly unrecognizable as the plain, awkward, geeky girl next door and shows that there’s more to her than revealing outfits and a blonde wig.

The opening act feels every bit like another sappy, cookie-cutter Hollywood sellout. The two characters are worlds apart, literally separated by two different sides of a castle. You’re sure from their first meeting how the rest of the plot will play out. As the story unfolds, it transforms itself with the same engaging deftness and humor that painter Bob Ross applied to an empty canvas. Every scene improves upon the one before. It’s like watching a Nicholas Sparks story without the absurdity.

The missteps are few and far between. The biggest is the mistake of confusing audiences with Clarke’s role by having her play a character referred to as “Clark.” It’s already hard enough to put her previous role out of your mind without that continual distraction. There are a few uneven performances, but thankfully, the biggest roles are mainly solid. As Will’s concerned parents, Charles Dance and Janet McTeer are most impressive. Brendan Coyle also tugs the heartstrings as Lou’s lovable dad.

This is a touching story with some very nice moments and more than a few cute jokes. It also manages to tackle some deeper issues with a very light touch. It’s a perfect date night film. 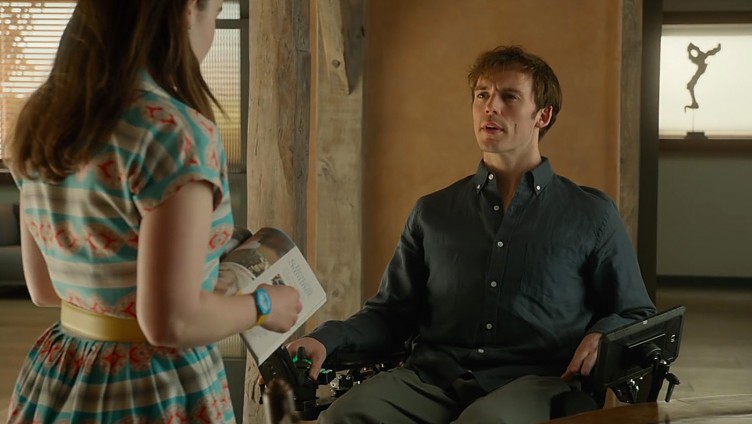