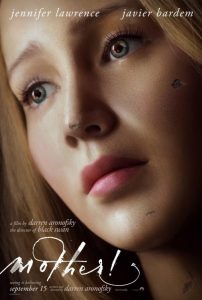 A young woman’s simple country life vanishes when her inattentive husband invites disrespectful strangers into their home in mother!

To have any chance of understanding this film, it’s essential to know that it comes entirely from the curious mind of Darren Aronofsky. His previous films include the apocalyptic biblical tale of Noah, the twisted psychosis of Black Swan‘s ballet dancer, the bleak journey of The Wrestler and the completely mental Requiem for a Dream. If you sat down and watched each of those in a single sitting, then you just might be in the right mind-set to fully appreciate this film. For everyone else, it’s a two-hour allegory with a deeper meaning that we couldn’t care less about. It reminded me of old literature classes where we had to attempt to decipher Geoffrey Chaucer‘s often impenetrable The Canterbury Tales. With each passing translation, my interest found ever lower levels of engagement.

There are so many things wrong with this film that I’m not even sure where to begin. The entire horror theme must have been pasted on after the studio realized what a mess that they had on their hands. It just doesn’t work. Sure, it’s got the cookie-cutter, creepy old house with a musty basement and a rickety ancient furnace, but those only exist for a purpose that has nothing to do with a horror story. The mild scares that do exist are all of the cheap variety, like forced close-ups where an unexpected character pops up from behind a closed door. Boo!

The dramatic sequences are utterly frustrating. We get lots of long, drawn-out glances; key interactions that demand simple dialogue but get none; and mass chaos confused for intrigue.

The key to a successful allegory is that it has to draw in the viewer using characters with whom we can identify. No one here fills that gaping void. We don’t for a single moment buy into the relationship between the mouse-like matron (Jennifer Lawrence) and her oddly oblivious husband (Javier Bardem). Every action that they take feels entirely foreign and endlessly exasperating. Every obvious choice is instantly ignored and never fully explained. Even once you begin to understand what’s going on, far too many questions remain.

Captured terrorists would give up every one of their nefarious secrets if we forced them to endure this torture. It’s just painful to sit through, especially when you realize that there are no fulfilling answers. Sometimes with such films, the twist is just not worth the journey. This is undoubtedly one of those times. 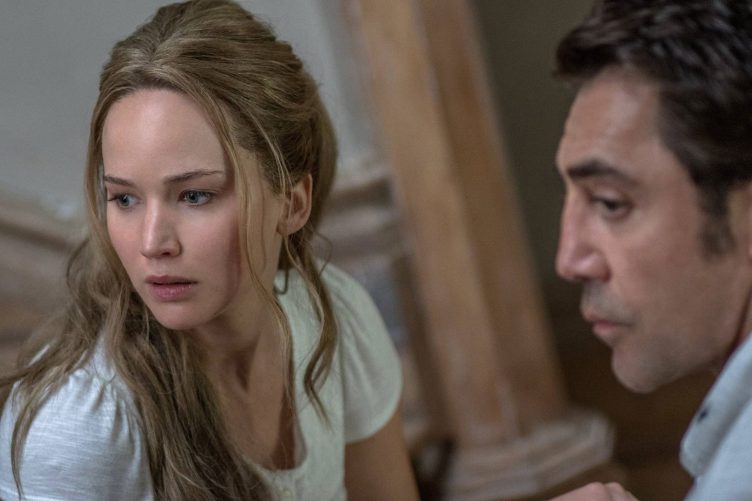