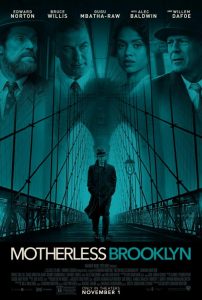 A sullen private detective looks to solve the inexplicable murder of his longtime friend and colleague in Motherless Brooklyn.

Loose ends can drive any of us to distraction, but for investigator Lionel Essrog (Edward Norton), the intrusion is downright pathological. His limits are tested when his boss, Frank Minna (Bruce Willis), winds up dead while investigating a mysterious case.

Lionel is determined to connect the myriad of missing pieces that Frank left behind, if only he knew where to start. Every path that he takes leads him either to another dead end or to another back-alley beating. Undeterred, Lionel soon realizes that he has uncovered a conspiracy of corruption lead by power brokers intent on keeping its details forever in the dark.

This film represents an effort 20 years in the making for writer/director Norton. Better known for his many iconic acting roles, Norton set out to create the film after reading the novel on which it’s based in 1999. He transformed the modern day tale into a film-noir piece set in the 1950s. The look and set pieces are exceptional. I half expected Humphrey Bogart or James Cagney to casually waltz into Essrog’s office. Unfortunately, the beauty is only skin deep.

Norton’s treatment is outrageously complex to the point where we feel like it’s chasing its own tail. Subplots materialize out of nowhere and multiply like rats in a warm, dark subway. We just can’t keep them all straight, and we’re pretty sure that Norton couldn’t, either.

He doesn’t help matters by giving his character an annoying case of Tourette syndrome. His tics and epithets take us out of the moment, forcing us to try to decipher every utterance for potential clues. We’re also distracted by the realization that this is a mechanic that he’s used before.

The final insult is in the payoff. For all its seeming weight, the film’s resolution is woefully anorexic. It’s like waiting through a seven-course dinner for a much-touted dessert only to be handed a tiny, off-brand breath mint.

The performances often rise above the flat, heavily-clichéd characters that dominate the story, but it’s just not enough. The initial setup and look draw us in, but then goes nowhere. This is one long bridge with too high a toll. 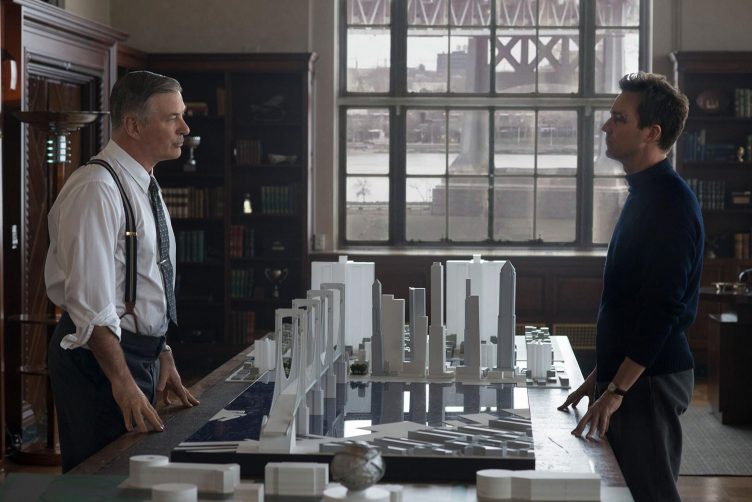