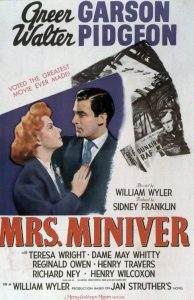 An idyllic English family adapts to a harsh new reality as World War II rages on in Mrs. Miniver.

The thriving Miniver family lives a relaxing, carefree life in the calm embrace of the English countryside. Their tranquil existence is threatened when the clouds of another world war gather ominously all around them. Its icy chill soon haunts Mrs. Miniver (Greer Garson), who contemplates the real danger that likely awaits her college-aged son Vin (Richard Ney). As the war advances, it seems to carry with it a hunger only partially sated by the destruction of everything and everyone whom they hold dear. The only viable course for the Minivers and the rest of their determined community is one of unrelenting perseverance. Giving in to the darkness is giving in to defeat — a defeat whose implications are too heavy to shoulder.

This epic masterwork from renowned director William Wyler (Ben-Hur, Roman Holiday, The Best Years of Our Lives and Wuthering Heights) sneaks silently past our guarded reserves to rattle us with an authenticity not often found in films of its era. This is all the more impressive when you consider that its first hour is chock-full of unremarkable soapy British clichés. The rest of the film is where Wyler pulls off some of the best magic of his entire legendary career. We’re transfixed as each felled brick and burnt piece of lumber strips away the blissful innocence of its characters. A once simple, silly subplot involving a rose contest abruptly takes on far deeper meaning. An impulsive romance no longer seems so brash when time itself is suddenly so precious. There’s an unforgettable scene in a makeshift bomb shelter where Mr. and Mrs. Miniver are huddled with their two youngest children. It brings home the permeable terror of war with little more than glances between them.

None of it would work without a number of stellar performances. Greer won the Oscar for her work and is the perfect embodiment of indomitable spirit. Her character towers above Greer’s 5’6″ stature. The supporting cast also boasted three nominations and one win, including memorable performances from Henry Travers and Dame May Whitty. Best known to today’s audiences as the hopeful angel Clarence in the Christmas classic It’s a Wonderful Life, Travers provides an essential turn as one of the town’s common folk. His pedigreed foil is portrayed flawlessly by the scene-stealing Whitty.

The most remarkable aspect of the film is that it was originally written in 1939 before the United States entered the war. It was rewritten several times as the true nature of its carnage unfolded during production. Its powerful impact is all the more poignant when you realize that, as the film wrapped, the conflict had yet to enter its bloodiest period. In hindsight, it seems clear that Wyler felt an urgency to craft a product that not only motivated its viewers to action, but also instilled in them a sense of much-needed patriotism. That exigency is very likely a key factor behind its surprising authenticity. Wyler gives us a moral introduction to the ravages of armed conflict and one of the most powerful final acts ever produced by Hollywood. 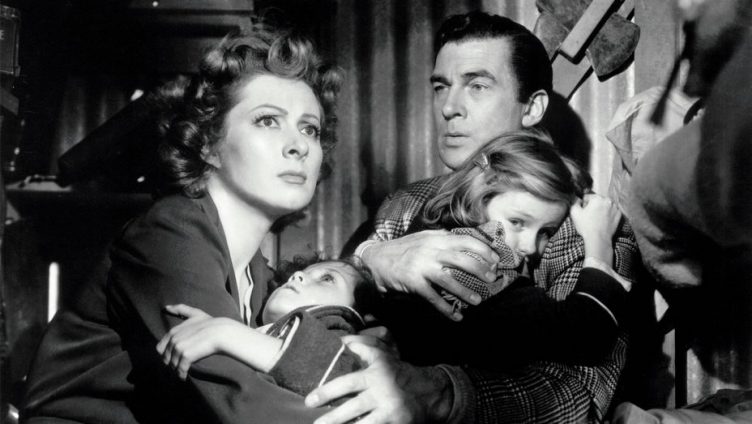