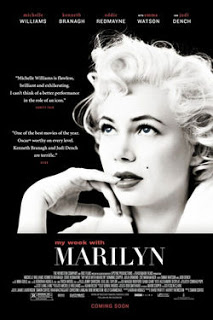 In what’s likely to be the last film I see from the 2011 slate of films I finally caught My Week with Marilyn. I’ve never been a big fan of Marilyn Monroe. I’ve always found her story to be pitiable and overly hyped simply for the benefit of others. I also was never a big fan of her look. I can see what others see but she was just not my type so maybe that’s why I’ve never gone for the fascination aspect. I’ve also never seen anything she’s done that I enjoyed. For me, her acting always stuck out like a sore thumb in any of her marque roles and, in my view, that’s not a good thing.

Thus, when My Week with Marilyn debuted I really had little interest in it. Over time it just seemed to keep rolling along winning converts along the way so this weekend I finally decided to give it a shot. I’m glad I did.

The film is essentially taken from the book/diary of Colin Clark, a 23 year-old new-hire of Sir Laurence Olivier‘s. Clark’s family had connections and one of them led to this chance for Clark to meet, and ultimately spend time with, Marilyn Monroe during her work on Olivier’s film The Prince and the Showgirl.

Clark, of course, is in way over his head dealing with the power elite of Hollywood in his very first job. All he knows is that Monroe is irresistible and he’s entirely sucked into her vacuum-like orbit. He dares to dream of being able to touch the sun but then, much like Icarus, quickly is exposed to its danger and the potential to be burned by its uncaring rays.

The film is riveting almost from the first frame. You can’t help but put yourself in Clark’s shoes as virtually all of us outside of Hollywood can comprehend how powerful the influence of such megastars could be. It also helps that virtually everyone in the film is wonderful. Michelle Williams as Monroe deserves the Oscar for her spot-on portrayal. It was spell-binding throughout. She clearly studied quite heavily for this role and appears to have embodied the object of her attention. There were times in the film where I had to remind myself that it was Williams, not Monroe. Her performance is absolutely haunting.

Kenneth Branagh as Olivier is also noteworthy but my favorite non-Williams role was that of Judi Dench playing Dame Sybil Thorndike.

Also notable is the perfectly scored music for the film. It’s just what’s called for in virtually every case including some wonderful entries from Dean Martin and Nat King Cole.

Even the cinematography is worth notice as there are scenes that are presented in such a way that you feel as if you’re watching a shot taken directly from 1956 film stock.

The only area of the film I had any issue with was the side-story of Clark and would-be girlfriend Lucy played by Emma Watson. This entire part of the film seems contrived and I wouldn’t be at all surprised to find that it’s pure fantasy. It just somehow didn’t work for me. It also could be that I’m just not yet ready to see Watson playing romantic roles yet.

In the end we have to come to grips with the reality that no one really knew Marilyn Monroe and this film certainly can’t fill in those impossible blanks but it does give us a very convincing first-hand account that lets us peek, just a bit, behind the curtain that she seemed determined to keep so tightly shut. 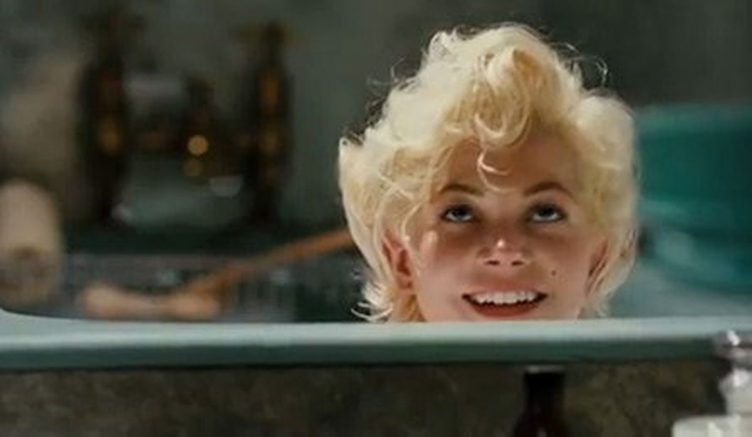