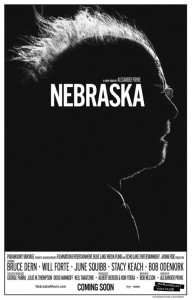 An aging father and his newly concerned son reconnect during an impromptu road trip in Nebraska.

Director Alexander Payne has been at the helm of three films I absolutely loved: The Descendents, Sideways and Election. He also headed About Schmidt — a solidly regarded Jack Nicholson film that I barely managed to stay awake through. All of them feature quirky characters involved in offbeat, but painfully realistic, endeavors. His latest film, Nebraska, is cut from much the same cloth.

Bruce Dern plays Woody Grant — a quiet, somewhat befuddled but decidedly obstinate, retired father and husband. He’s simply going through the motions of senior life, seemingly oblivious to almost everything around him — that is, until a letter arrives in the mail proclaiming him the “winner” of a million-dollar sweepstakes. Woody, of course, thinks it’s genuine and decides he has to walk from his home in Billings, Montana, to the sweepstakes office in Lincoln, Nebraska. His exasperated and worn-out wife, Kate (June Squibb), calls her two sons for help. The youngest son, David (Will Forte), arrives first and finds that there’s just no reasoning with his resolute father. The only answer is to drive Woody there himself to see firsthand that he hasn’t won anything. 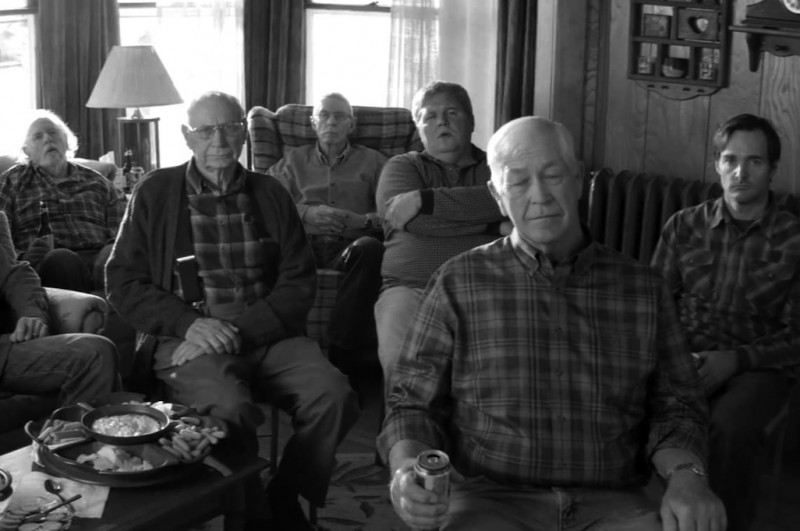 As I said, I’ve been a big fan of some of Payne’s past work, but this one just misses the mark for me. First of all, the film is shot entirely in black and white. Why? Who knows. It doesn’t add anything to the experience. It’s just a distraction that feels completely pretentious, and there’s nothing I hate more than pretentious drivel. Perhaps they’re trying to convey the darkness of Woody’s current life. Poppycock. Let the acting and the dialogue provide that. The visuals of the location would have been incredible in color, and those would stand in stark contrast to Woody’s mental state, making it all the more apparent.

Then there’s the pacing. In one scene, someone’s asked what’s going on, and their response is, “Not much.” That pretty much sums up the film. The image I provided with the review speaks to its feel. Those are the Grant men watching football. If that’s your idea of gripping entertainment, then you’re in luck because there are nearly two more hours of it to bask in. Another apropos scene involves a family member who sits by the curbside watching sparse (read zero) traffic go by. At that point, I felt that he had the better show.

This isn’t to say the film’s without its better moments. Dern connects with a performance that nips at our psyche. Many of us fear the potential for our following in his aimless, scattershot footsteps. Forte, as son David, conveys a wonderfully tender, empathetic conduit for most of the audience. However, the real winner is Squibb as the frustrated, brutally blunt wife/mother Kate. She pulls no punches with anyone and delivers nearly all of the film’s best lines.

This is a film with much in it to recommend but that mainstream audiences will find tedious and downright boring. Like the characters portrayed, we don’t go in for any of its fancy artsy-fartsy nonsense. Just tell us a story, and leave the gimmicks at home. For me, this was little more than another About Schmidt without the color.