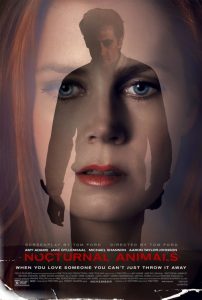 A bored art gallery owner questions her choices when she receives her ex-husband’s captivating novel in Nocturnal Animals.

“We’re all destined to become our mothers,” warns the cold, calculating, conservative mother of a young, doe-eyed Susan Morrow (Amy Adams). Susan committed the ultimate sin of wanting to marry for love, without regard for status and property. She once adored a would-be writer working endlessly on a novel that her mother was sure would never come to pass. Susan ultimately follows her mother’s advice and settles into a cookie-cutter marriage with a handsome, driven man of means (played by Armie Hammer) and a life of material reward but little actual happiness.

19 years after their split, with no interceding communication, her ex-husband Edward (Jake Gyllenhaal) sends Susan a package. It’s a manuscript for the novel that he’s been working on all these many years. He credits her for the inspiration and asks that she be the first to read it. From the first word to the last, Susan is mesmerized by the tale. The experience causes her to reminisce about what was and opportunities lost. As they discuss the book, Edward seems to be opening a door that she now dreams of walking through.

This is a film that begins with a slow boil and continues to simmer until its final moment. It’s a deeply introspective look into the heart and soul of a woman compelled to do the “right” thing and then having to live with the consequences. The plot is driven by a story within a story. We see it through the eyes of Adams’s character and experience the awakening that envelops her so fully.

This is the kind of film that you’ll either love or hate. Some of its elements are, frankly, too artsy for its own good. The opening credits include visuals of nude, obese elderly women wearing only marching band hats. Why? Well, because Susan owns an art studio. The true meaning is deeper than that, but the symbolism is unnecessary and unnerving at the start of a film. It’s also telling that the story within the story is far more compelling than the main plot. The film suffers every time we return from its captivating clutches.

If you can put those distractions aside, what remains is a stunningly memorable film loaded with standout performances and gut-wrenching visuals. The supporting cast is absolutely superb. Michael Shannon and Aaron Taylor-Johnson lead the cavalcade. Once it finds its footing, this is film noir at its edgy best. 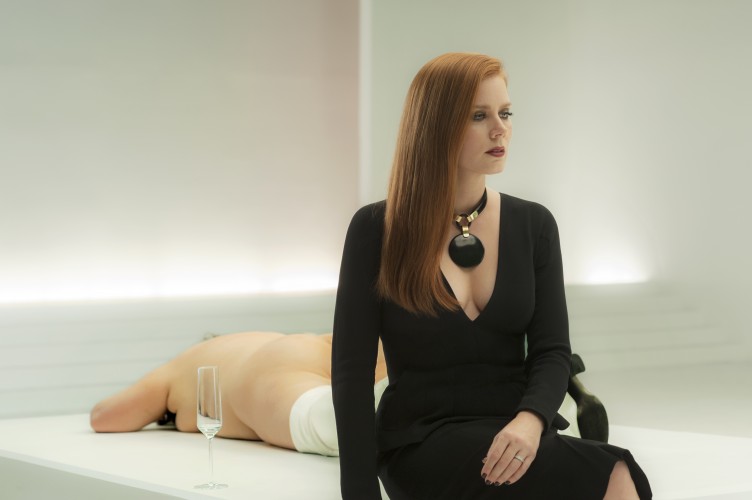