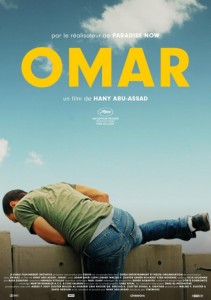 A group of Palestinian friends are turned against each other while one searches for a path out in Omar.

The West Bank wall creates not only a divide between people but also a demarcation point between perceptions and choices. Those on the Israeli side see the wall as a barrier against terrorism, while Palestinians on the other side see it as a symbol of oppressive occupation. Everyone, regardless of their side, is certain their mind-set is the only just one.

Omar and his two best friends, Tarek and Amjad, grew up on the Palestinian side. They’ve been raised to never forget that they are the occupied and that to accept peace is to accept subjugation. No one considers another path as long as the wall stands. Omar had always accepted this harsh reality until he fell for Tarek’s sister, Nadia. Now, his only desire is to find a world where he and Nadia can be together without a wall, physical or otherwise, between them.

Life in the heart of the West Bank offers no such escape — at least not for the likes of Omar and his friends. 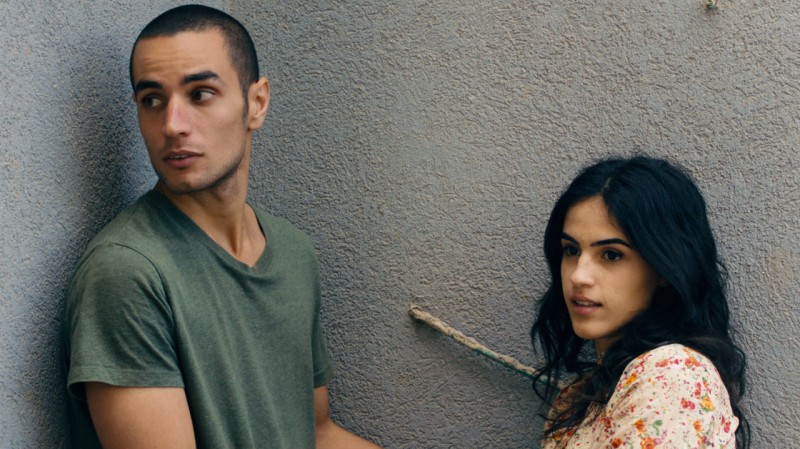 The film provides a sobering insight into the fractured futility of having to exist within its walls. Time and again, it reminds the audience that any happiness is drenched in a pall of relentless persecution. Israelis, with their more powerful upper hand, see them as little more than insects. As a result, they end up living in the shadows, stealing fleeting moments of normality whenever possible. Not even the natural act of falling in love can escape unscathed.

Adam Bakri, as Omar, is the perfect messenger for the film. He conveys a perpetual sense of hope that keeps the audience connected. Leem Lubany, as Nadia, also does a remarkable job as a young woman captivated by the purity of romance while never forgetting the common enemy. Also notable is Waleed Zuaiter as an Israeli agent. He has an uncanny ability to look both sinister and sympathetic in the same moment.

This fictional tale is so honestly portrayed that it feels entirely genuine, although the pacing is a bit on a the slow side. It excels in delivering us straight into the midst of its claustrophobic permanence. Those looking for an uplifting message and a happy ending will find no solace here. Omar shows us a world where there simply are no good choices. His is a journey that leads forever downward into the dark abyss.