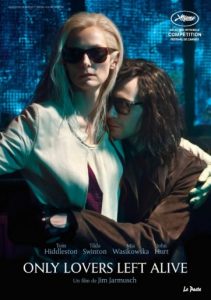 A vampire, disillusioned by the monotony of an endless existence, finds solace in the arms of his estranged partner in Only Lovers Left Alive.

To live forever. It’s a universal dream of nearly every human to have walked the Earth. Vampires, by virtue of their undead immortality, no longer need to concern themselves with such thoughts — or so you might think. A reclusive vampire named Adam (Tom Hiddleston) has had his fill, it seems, of humanity (all of which he refers to as “zombies”). They busy themselves with trivial, predictable activities designed to distract them from the inevitability of their own demise. Only two things keep him going — music and the anticipation of his next interlude with his far more settled lover Eve (Tilda Swinton).

He manages to bide his time between the two by tolerating a well-meaning groupie, Ian (Anton Yelchin), who serves as an intermediary to his cadre of music fans. Direct contact with humans is not only trying, but it can also be dangerous, so much so that Adam buys his essential blood supply from a willing local blood-bank doctor. When some of Adam’s fans figure out his latest whereabouts, the sardonic succubus calls out to Eve, who rushes back from Tangier to be by his side. 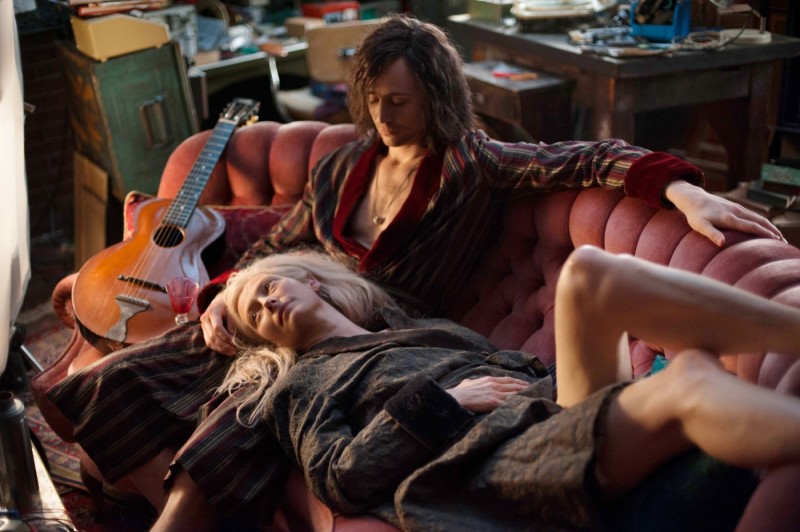 Director Jim Jarmusch is known for his fairly unique, highly introspective, detailed films. This is no exception. The plain fact of the matter is that you’re either a fan of his work or you’re not. There’s really very little middle ground to be had. I’m not. His films focus heavily on what I call “slice-of-life” storytelling. It’s very much like setting up a camera in someone’s living room and just shooting whatever happens down to the smallest (for me, often uninteresting) detail.

On the plus side, the characters have the perfect names. We feel that they’re alone in the world, living among lower life forms who couldn’t possibly understand their power, perspective or motivation. The movie also gets a much-needed infusion when Eve’s younger, carefree sister, Ava (Mia Wasikowska), drops in unexpectedly for the second half of the film. Unfortunately, the blood runs dry all too soon.

Jarmusch gives us a film about some fairly boring supernaturals and surrounds it all with an oddly stylized, overly dark look, a painfully slow pace and countless distracting voice-overs.

What’s it like to live forever? I’m not entirely sure, but I definitely feel like I experienced a taste of it here.