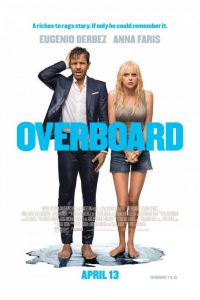 Kate (Anna Faris) is a hard-working, divorced mother intent on creating a better life for herself and her three beautiful daughters. She spends her days working multiple menial jobs and her nights studying for a career in nursing. Distraction and complication are not on her radar. Leonardo (Eugenio Derbez) is a layabout living the high life off the success of his ultra-rich father. He spends his days recovering from his libidinous nights. Oil and water may not mix, but at least they’re both liquids. When Kate arrives to clean the carpets of Leo’s ostentatious yacht (aptly named “Birthday Present”), the two quickly end up in a tiff. She can’t understand why he won’t help her get off his yacht, and he can’t understand why she won’t get him a piece of fruit. Their disagreement ends with Leo ruining not only Kate’s day, but also her fragile bank account.

Turnabout becomes fair play when Leo ends up in the local hospital suffering from an acute case of amnesia. Kate shows up to claim the unsuspecting cad as her husband. She plans to put him to use around the house until he works off the debt she feels that she’s rightfully owed. As their strange relationship takes form, Kate realizes that she’s the one that may be overboard without a life preserver.

This unnecessary remake of 1987’s cute, but overly campy, original starring Kurt Russell and Goldie Hawn has all of the markings of a voyage on the Titanic. The writers even seem to agree, having named their main characters after the lead actors of that 1997 film. It’s helmed by a first-time film director, stars a mostly unknown Mexican actor and boasts some of the least memorable performances of any film this year. Somehow, this doomed vehicle not only makes it to port, but entertains us even as we’re predicting its nearly-certain demise.

The challenges working against the film are all self-inflicted. This time around, the writers wisely decided that the story needed a gender flip. In this era of female enlightenment, the approach of the 1987 film — where the man kidnaps the woman and turns her into his unwitting servant — would have raised a few too many eyebrows. That makes sense. What doesn’t is how they changed the general makeup of the two leads. The original film works, in large part, because both of its main characters are fairly unlikable. Russell’s character grows a conscience over the course of the film. Faris’s version is likable from the start. Russell’s kids and his home are an unabashed wreck. Faris’s home life is idyllic by comparison. It’s a core dynamic shift that doesn’t help the story. We can’t buy into Kate’s willingness to kidnap another person, no matter how uncouth that he’s been to her.

Neither Faris nor Derbez make an impression during the first 30 minutes or so of the film. Both seem like fish out of water, surrounded by oddball characters with seemingly random interactions. Their friends and family inhabit subplots that do little more than act as bland window dressing. When we do notice Faris, it’s often for the wrong reason. She continually evokes, by design or happenstance, eerie similarities to Hawn. That also works against the grain since Hawn’s character in the original is the antagonist. Speaking of Hawn, I was also disappointed that the remake couldn’t find a way to include a cameo with the original stars. I kept waiting for Leo and Kate to stop by the local miniature golf course. No such luck.

That all seems to add up to one large iceberg and a ship on a direct course into it. For all of its poor navigation in clearly rough seas, I still had to admit that I was having an enjoyable trip. The driving force of a comedy is its ability to make us laugh, and this film had me laughing, at times quite heavily. Its cuteness also grows on you, in no small part thanks to the one shining performance from eight-year-old Alyvia Alyn Lind as Kate’s middle daughter. She’s as genuine as they come and should have a bright acting future ahead of her.

Much like its original, this is a film that you’ll trip over on Netflix in the coming years only to find yourself drawn to hitting Play. It may be a guilty pleasure and a mild pleasure, but it’s a pleasure all the same. 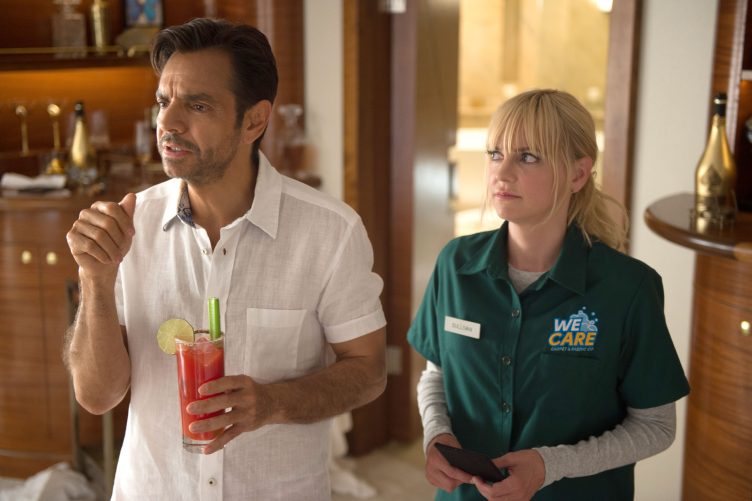