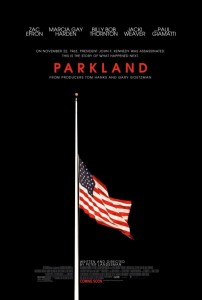 One of the worst three-day periods in the history of our country is recounted when a local hospital gets the unbelievable call to treat a mortally wounded president in Parkland.

A part of our country died along with a fallen president in November of 1963. It left an indelible mark on our history and anyone who lived through it. That fateful day — and the two days after — pushed the local Parkland Hospital staff to its limits. Without any warning, they found themselves at the center of the biggest news story on Earth. This everyday hospital couldn’t possibly prepare themselves for the challenges that would befall them.

The film attempts to give us some insight into those unique historical moments. It puts the hospital center stage and then grows the story outward. Inside the hospital, there’s a staff mainly consisting of the head nurse (Marcia Gay Harden), a fairly green doctor (Zac Efron) and his more seasoned peer (Colin Hanks). Each of them struggles with the impossible enormity of the event but also understand they have a job to do.

Then there’s the small army of government people to contend with led by local FBI agent James Hosty (Ron Livingston) and Secret Service agent Forrest Sorrels (Billy Bob Thornton). They know the public will demand answers, and they need to do what they can to provide them. They’re also reeling from the realization that the President was lost on their watch. That doesn’t exactly put them in the best of moods.

We also get to meet Abraham Zapruder (Paul Giamatti), who filmed the event with his new cutting-edge camera and, in the process, captured the most famous snippet of film in history. Finally, we also get the perspective of the assassin’s brother Robert (James Badge Dale) and his mother (Jacki Weaver).

The story’s opening scenes resonate with a depth of sorrow and empathy that haven’t been dulled at all by the passage of time. Writer/director Peter Landesman mixes historical footage with current shots seamlessly and to maximum effect. It’s impossible not to be both mesmerized and dumbfounded by the events as they unfold. 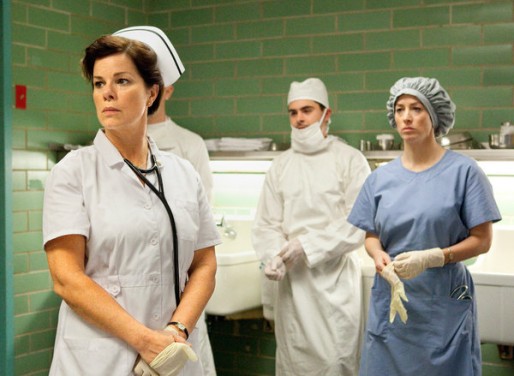 Unfortunately, once the president succumbs, the life of the story itself goes with him. It loses its way trying, time and again, to present us with something novel. The catch is that little of it is new and none of it is all that interesting. The sound also does nothing to help the rest of the vehicle along. Most concerning is the entire inclusion of the Oswalds. They’re little more than a distraction. We learn virtually nothing about Robert and even less about the mother. All we really get out of the entire segment is that they lost someone, too. None of that story arc works.

What we’re left with is a highly disconnected, flat, retelling of a story already heavily mined by countless others. Landesman clearly has a love for the material but lacks a sense of what an audience will find of interest.