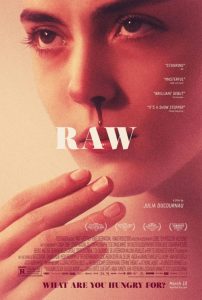 Justine (Garance Marillier) is your average, everyday teenage girl as she heads off to college to truly find herself. What she discovers is as far from her origins as anyone can imagine. This steadfast, self-disciplined teen cracks under the pressure of her school’s traditional hazing rituals. She’s forced to endure humiliation in complete contrast to her core makeup. The lost student ends up with a major eating disorder in much the same way that Charles Manson developed a major problem with authority.

This French-language horror film is an example of hype personified. The trailer suggests it comes from “Acclaimed director Julia Ducournau.” Acclaimed by whom exactly? Her credits include a short from 2011 that only screened at film festivals, a TV movie from 2012 with the same limited audience and then four years of absolutely nothing until this film. Acclaimed? Not yet.

News stories cropped up suggesting that patrons had to be carried out on stretchers at its Toronto Film Festival premiere, yet the stories have all the earmarks of a devious marketing ploy. It showed to a full house in Philadelphia, and the closest that anyone came to passing out were a few people sitting near me who fell asleep.

Raw is initially curious, often graphic and entirely ridiculous. It lost me at “Hello.” Writer/director Ducournau plays a visual game of one-upmanship against herself. Each new scene exists purely to lift the repulsiveness of the scene before it. Well, at least it’s original, according to the trailer — except that it’s not. Every graphic scene is drawn from very familiar examples that we’ve all seen many times before.

Aside from the mild shock gags, there’s little here to experience unless you enjoy sitting through a morality lesson. By the time we get to the film’s supposedly scandalous message, we’re entirely numb to it. If this still sounds like your kind of  entertainment, then I suggest that you don’t show up late. All it did for me was stoke memories of salmonella poisoning, and I’ve had far scarier episodes enduring that than with anything in this highly forgettable film. 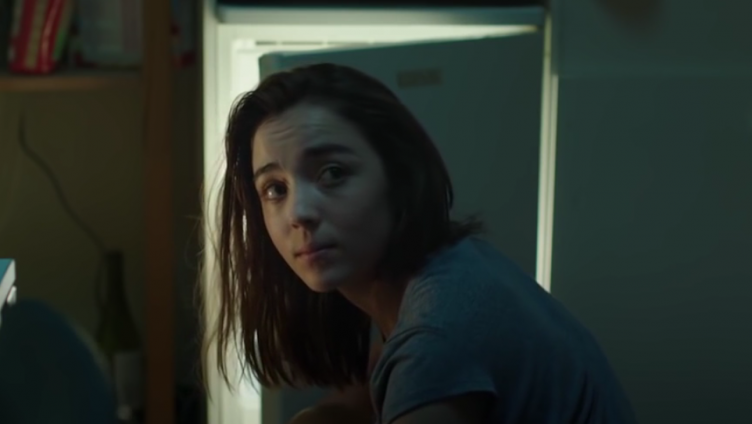