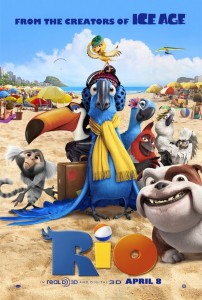 A blue macaw and his human owner form an unbreakable bond that’s jeopardized when he’s stolen by smugglers in the animated Rio.

Blu (voiced by Jesse Eisenberg) is a blue macaw who’s made the most of his coexistence with humans. He and his adoptive owner Linda (Leslie Mann) spend their days in symbiotic bliss. They do housework together, play together and genuinely love one another. One day, an ornithologist visits Linda in hopes of recruiting Blu to help repopulate the blue macaw species. He has the perfect would-be mate waiting back at his bird sanctuary. After some hesitation, Linda agrees, and they all head off to Rio de Janeiro, the home of the biggest party on Earth — Carnaval.

Once there, Blu is introduced to his prospective partner, the tantalizingly beautiful Jewel (Anne Hathaway), whose only interest is in escaping back to the wild. Although they’re the same species, the two couldn’t possibly be more different. Jewel, having known only freedom, is confident, strong and endlessly energetic. Blu, on the other hand, sees her obsessive focus as foolish, illogical and perhaps a bit neurotic. His domesticated existence has left him wanting for nothing. He hasn’t even needed to learn to fly. There’s just no call for it back in the safety of his reassuring cage.

Unbeknownst to them all, an inept group of smugglers is intent on stealing the birds for their own profit. They’ve even managed to infiltrate the ornithology center with their own agent, a cagey, crass cockatoo named Nigel (Jemaine Clement). Wherever Nigel goes, feathers fly. 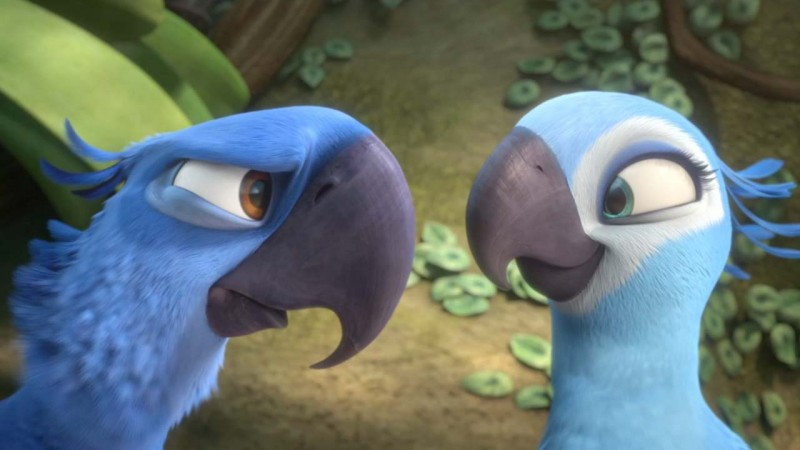 This visually appealing film boasts a bevvy of beautiful landscapes no matter what the setting. Cities, the jungle and everything in between all shine equally.

Its strongest asset is the touching and comedic interplay between the two polar opposite stars of the show — Blu and Jewel. Eisenberg gets the best lines throughout. His overly careful, often downright fearful approach gives everyone the perfect underdog to root for.

The biggest flaw with the film is that it’s just not all that engaging. The surrounding cast is serviceable but nothing special. The story’s not very original, and the music is entirely forgettable. The one area where it is unique also manages to be a bit of a disconnect. I’m not sure why the creators thought Carnaval would be a good locale for a children’s film, but it just doesn’t fit.

I suspect that the youngest viewers may take flight, but the rest of us are very likely to remain grounded for the duration.