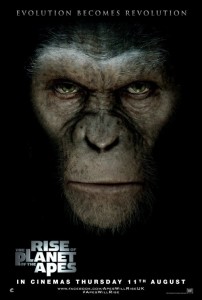 A biotech scientist, hoping to cure his father’s aggressive Alzheimer’s Disease, creates an enlightened chimpanzee in Rise of the Planet of the Apes.

Will Rodman (James Franco) has dedicated his life to finding a cure for various brain ailments including Alzheimer’s Disease. It’s a personal battle for him as his own father, Charles (John Lithgow), is suffering from the advanced stages of the disease. Will’s research has culminated in a viral-based drug that looks promising, leading to initial testing in animals. The first patient, a female chimpanzee named Bright Eyes, exhibits an immediate and dramatic increase in intelligence, prompting the company to quickly test more chimpanzees. During the process, one of Will’s assistants, Robert Franklin (Tyler Labine), is unexpectedly exposed to the virus and begins to get sick.

When Bright Eyes unexpectedly turns violent, the company cancels the research and orders the euthanasia of all of their chimpanzees. Robert is assigned the grim task, and while carrying it out, discovers the source of the outburst by Bright Eyes. She had secretly given birth and was instinctively protecting her unseen offspring. Robert convinces Will to save the infant who smuggles little Caesar away from the lab and into his own home. He quickly realizes that Caesar has inherited the benefits of the drug through his mother. As Caesar (now performed by Andy Serkis) grows, the ramifications of his augmented evolution bring unforeseen challenges to the entire world as we know it.

This is a reboot of the seminal series that launched with 1968’s Planet of the Apes. The original film, considered a classic by many, spawned four curious and increasingly questionable sequels. In 2001, Tim Burton released a reimagining of the original that met with huge box office success but highly mixed reviews. This time around, director Rupert Wyatt delivers a film written by husband-and-wife team Rick Jaffa & Amanda Silver. The new story bears little resemblance to its progenitor. Instead, we get a an equally compelling sci-fi tale that trades the fascination of the early space age for today’s more prescient interest in pharmaceutical research and genetic manipulation.

Wyatt hits home with a series of compassion-driven sequences that effectively cause us to question our dominant role in the world. It’s clearly an allegory for racism, but it’s one that manages to deliver its message without suffering from the sledgehammer effect so prevalent in other films. Caesar is a character to whom everyone can relate. He’s the quintessential fish out of water, yet he represents a pure sense of hope against a world filled with callous motivations. As the inevitable reality sets in, we readily feel Caesar’s confusion, sadness and anger.

The film is best when it focuses on interpersonal relationships. When it wanders outside of those borders, it sometimes manages to lose a touch of the magic. Most surprising is the uneven visual effects, especially given the pedigree of the talent on hand to provide them. The action often vacillates between stunningly convincing and unnervingly distracting. The secondary characters are also taking a hit; unlike their fully-realized main counterparts, they come off feeling like cartoonish afterthoughts with cognitive skills below that of the unaltered chimps.

References to the original film — purposely included for its fans — are hit and miss, with several of them tied to negative plot elements. There’s also the head-scratching decision to showcase an essential piece of the ongoing story after several major final credits run by without any fanfare.

Missteps aside, the film does work as a highly captivating sci-fi adventure that just might cause us to reevaluate our close biological counterparts and to see a bit more of our own potential in them. 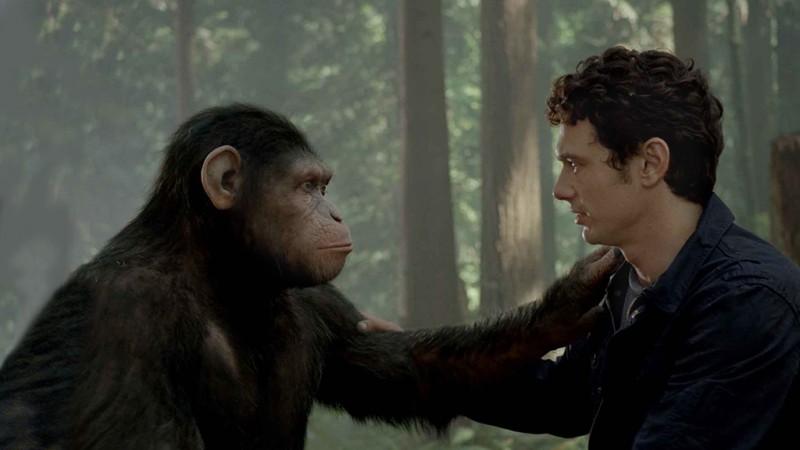