A washed-up music manager finds renewed hope in the middle of Afghanistan in the dreadfully disjointed Rock the Kasbah. 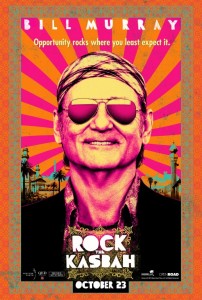 Richie Lanz (Bill Murray) used to be somebody. He once managed all of the big-name acts of the 1970s, but those days are gone and buried, along with Lanz’s career. These days, he’s reduced to living off nonrefundable deposits of starry-eyed no-talents. He’s broke, worn out and down to one last serious client — his office manager Ronnie (Zooey Deschanel). A chance encounter with a USO booking agent presents Lanz with the only opportunity likely to come knocking anytime soon. He and Ronnie head off to war-torn Afghanistan where they encounter a hostile environment, poor accommodations and an excess of eccentrics.

Right on cue, everything spirals out of control. Lanz ends up deserted in the middle of a country he doesn’t know with no money and no passport. It all seems bleak until Lanz hears an angelic girl’s voice in the heart of the dark desert air. He still knows talent when he hears it, and this is a voice that he knows that he can direct. His plan is simple: get her onto Kabul’s version of American Idol, and the rest will be history. If only things were ever that simple.

Murray has somehow managed to forge a highly successful career with some of the most unlikely characters and stories imaginable. From the outside, risk seems a concept entirely foreign to his choice of roles. You have to respect that, but as a viewer, sometimes you just end up enduring it. I didn’t think that Murray could possibly lose me any more than he did with 2005’s Broken Flowers. I was wrong — very, very wrong.

This is a film that’s as desolate and broken as its location. There’s nothing within its confines that even borders on anything that I can recommend. Start with its director, Barry Levinson, who gave us Diner; The Natural; Good Morning, Vietnam; Rain Man and Bugsy. The last of those films was in 1991. His career since then is one that Lanz would ridicule. The story is nonsensical and aimed at an audience whom I can’t even begin to fathom. Raise your hands if you’re curious about the challenges of winning a reality TV show in Kabul. Anyone? Me, neither. The most interesting parts of the plot involve concepts that we suspect will materialize but never do.

The acting and casting are complete head-scratchers. Murray’s character is one that he can pull off in his sleep, and that’s about the effort that he looks to have put into it. The only reason that I can come up with for Deschanel’s inclusion is that she must have lost a bet to Levinson. It gets even murkier for Kate Hudson and Bruce Willis. Hudson plays a prostitute who looks about as natural as a mint on a turd. If she’s the mint in this analogy, Willis is the turd. His role feels like it was plucked randomly from some horrid action flick and pasted in to fill time.

Do yourself a favor. If any part of this epic disaster sounds even remotely interesting, just go watch The Sapphires instead. It has a plot that you can believe in and a story that won’t challenge you just to stay awake. 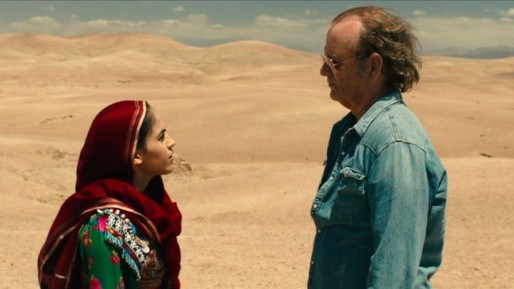