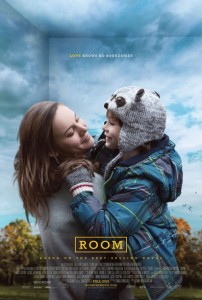 A mother and her young son depend entirely on one another to get through each day in the astonishing film Room.

I need to warn everyone right up front that there’s essentially no way to discuss this film without exposing a few details of its early plot; this shouldn’t alter your enjoyment of it.

Seven years ago, a very young Joy Newsome (Brie Larson) was abducted by a strange neighbor and ensconced in a heavily secured shed with a single out-of-reach skylight as her only source of natural light. We can only imagine the desperation and hell that she must have had to endure all these long, isolated years. The only brighter light in her life is a son whom she bore to her captor, Old Nick (Sean Bridgers). Now five years old, Jack (Jacob Tremblay) is her everything. Young Jack’s entire world is limited to the confines of the only space that he’s ever known. To him, the outside world is as hostile as outer space and every bit as out of reach.

“Ma” (as Jack calls Joy) keeps his days filled with wonder. She never once lets on that his life is in some way different, lacking or stunted. Together, they make the very best of an extremely challenging situation. Jack’s reality is one of contentment — a contentment made possible through Ma’s unwavering, always-present attentiveness. His spirit and positive attitude instill Joy with the only inner peace that she knows. Jack’s innocence is her escape.

This is an emotionally draining film. Its power comes from the way that it somehow manages to be both adorable and agonizing in the same moment. Several scenes will take you to your very limits… and then beyond. Amazingly, none of them involve any overt graphic violence. The unseen horrors play most on our minds.

None of this would be possible without the magnificent work of its two main actors. Larson’s performance should garner her several nominations during the awards season. As good as she is, Tremblay is even better. We haven’t seen a child performance this captivating and genuine since Tatum O’Neal‘s Oscar-winning stint in 1973’s Paper Moon.

The magic does require quite a bit of early setup that bears some patience. Once complete, you’ll suddenly realize that you’re as trapped in your seat as the characters are in their room. This heart-wrenching, emotionally complex experience is a work of pure art that takes us on a journey into the deepest confines of unconditional love. 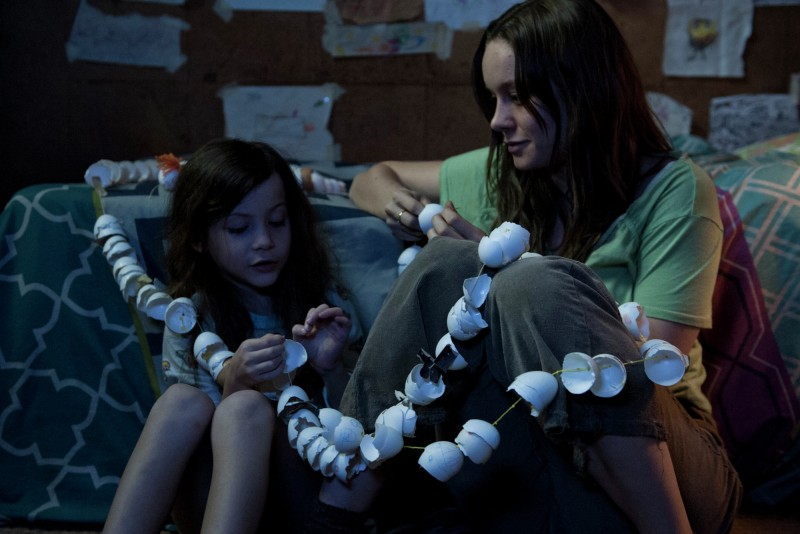