A married couple worn down by years of child rearing look to rediscover the passion that once defined their relationship in Sex Tape.

Jay (Jason Segel) and Annie (Cameron Diaz), after a decade raising their two kids, find that sex has nearly vanished from their relationship. Like so many other couples, their lives are now dominated by the seemingly endless responsibilities that go along with being solid, loving, nurturing parents. Regardless of the stereotype, they thought that their extremely robust sex life would make them the exception to the rule. Determined to be different, they specifically set aside time for their favorite mutual pastime. Despite the effort, sex still drifted off the priority list, so far down that finding it took more energy than either of them could muster. 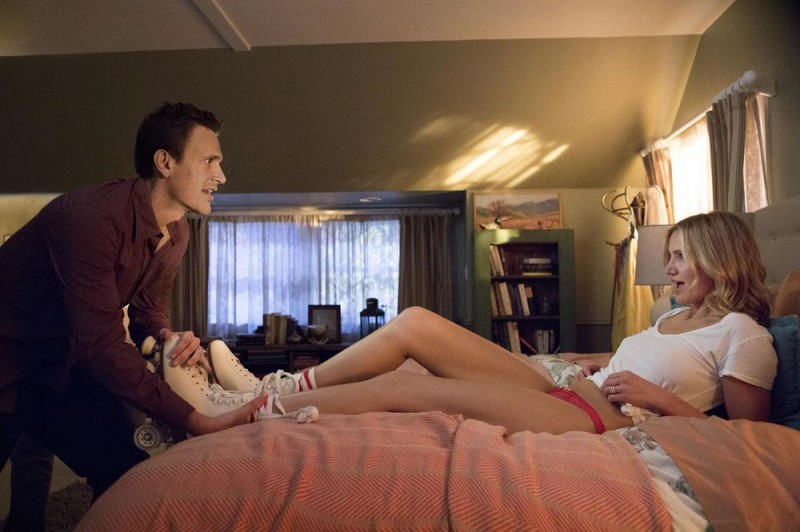 The latest film by Jake Kasdan (Bad Teacher and Walk Hard: The Dewey Cox Story) continues his reliable tradition of directing curious but immediately forgettable comedies. This misadventure gives us a couple with chemistry that couldn’t get gasoline to catch fire in a blacksmith shop. Segel spends the film reciting lines like a freshman in a bad high school performance of The Pirates of Penzance. Diaz brings her ultra-fit, time-defying looks, but surprisingly little else. The only realistic performances come from the couple’s best friends, played by Rob Corddry and Ellie Kemper.

The laughs occasionally manage to break the ice, but it’s mainly one big awkward affair. Nearly every scene bristles with the kind of overt stupidity that distracts you from the action. You’re too busy wondering how they missed the obvious answers to even care about the punch lines.

Perhaps the biggest surprise involves the concept itself. Imagine the producers selling this to the studio. They’ve got Diaz, Lowe, recorded sex, lots of bare skin and countless carnal positions. If nothing else, it’s going to be hot, right? Wrong. I’ve seen nuns with more heat and a better sense of humor.