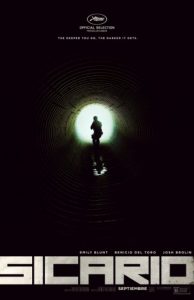 A SWAT team agent joins a covert government assignment to take down a daunting drug lord in the painfully slow Sicario.

Kate Macer (Emily Blunt) is a proud, practiced FBI agent. She represents everything that’s good about law enforcement; she’s dedicated to its principles and excels at delivering tangible results. When the stakes get raised, she and her partner Reggie (Daniel Kaluuya) are called upon to get closer to the action than they’ve ever been. Their new boss is a curiously laid-back leader named Matt Graver (Josh Brolin). They’re joined by a man with intimate knowledge of their intended target — a cold, calculating Colombian named Alejandro (Benicio Del Toro). Graver makes it clear that his group does things differently and warns Macer not to let her reliance on procedure get in their way. Graver clearly knows her type. Her instincts continually work against her as the mission proceeds ever more deeply towards its unclear conclusion.

Director Dennis Villeneuve has a checkered past. He delivered one of my all-time favorite films in the incredible 2010 film Incendies, but just a few years later, he gave us the laughable Prisoners. Unfortunately, Sicario resembles the latter, at times feeling very much like another Del Toro film — 2000’s Traffic — without the engaging story. The plot meanders along at a pedestrian pace, trying to gain our interest with a carefully placed stare or an ominously stated bit of melodramatic dialogue. Entire scenes come and go without managing to move the plot forward in any meaningful way. This is another example of peripheral excess that will no doubt thrill the artsy film critic at the expense of the typical film viewer.

It doesn’t help that the filmmakers chose the wrong character as the focal point. Blunt’s performance is solid in every way; it’s her character that’s the problem. Her countless objections seem petty and trite, growing old long before the film’s conclusion. By contrast, Alejandro is downright fascinating, helped in no small measure by Del Toro’s Oscar-worthy portrayal. Like the old commercial, when Alejandro speaks, everyone listens. That’s a prequel that I’d gladly stand in line to see.

The first and last major scenes of the film are absolutely captivating. Everything in the middle tries to measure up, but it fails. It’s like looking at a bookshelf with exquisitely ornate bookends holding up a random bunch of worn-out paperbacks. This really could have popped at 90 minutes. At 121 minutes, it’s mainly just one long, laborious balloon fart. 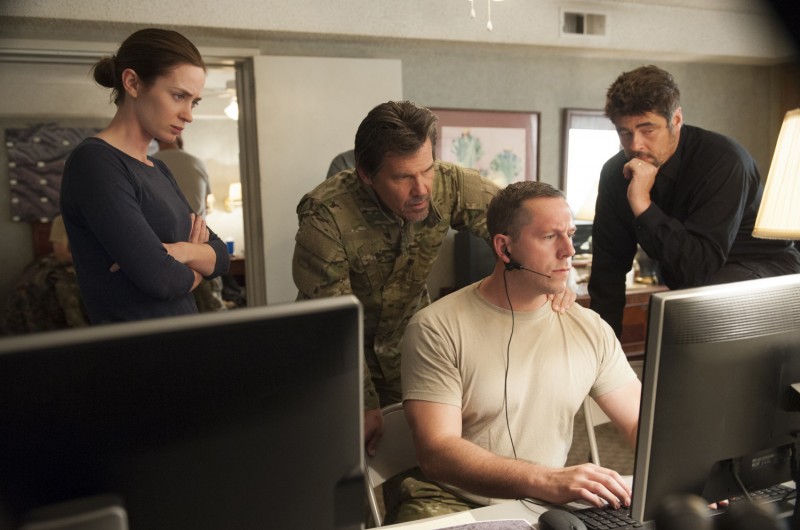