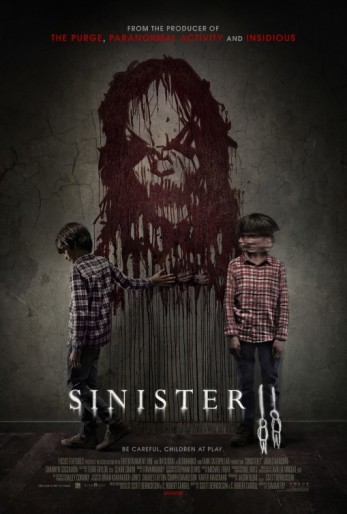 The best horror-film villains can be resurrected from film to film and have those appearances somehow seem fresh depending on the filmmakers and plots. Although there were many bad entries in the Friday the 13th series, I always enjoyed seeing Jason Voorhees and his iconic hockey mask in the latest installment because he was the draw to the films. The Sinister films have a great bad guy in the silent, spooky Bughuul. This demonic character visually reminds me of all of the images that I’ve seen of the Slender Man Internet creation, and he gives this series its title because of his nature. Sinister 2 succeeds as a horror sequel because it inserts its unforgettable villain into a new story and provides more of the same chills and thrills as its predecessor.

Sinister writers Scott Derrickson (cowriter/director of Deliver Us from Evil) and C. Robert Cargill return to keep the series consistent in tone and Bughuul’s modus operandi. New to the mix is director Ciarán Foy, writer/director of Citadel. He has a knack for horror and creates a sequel that feels connected to the first even though it takes place in an entirely different kind of environment. I’m also thankful that Foy doesn’t use too many cheap scares just to get a jump out of the audience. Yes, Bughuul tends to surprise his victims and, thus, the audience, but Foy at least presents these scenes in a variety of ways other than just popping the character into frame in an extreme close-up. I’m happy with these filmmakers. There’s still room to grow into another sequel if they can come up with a compelling story.

This sequel’s plot takes place in an out-of-the-way farmhouse and barn in Indiana where battered wife Courtney Collins (Shannyn Sossamon) and her twin sons Dylan (Robert Daniel Sloan) and Zach (Dartanian Sloan) are on the run from an abusive husband. The unnamed Ex-Deputy So & So (James Ransone) — the character as listed in the credits — stumbles upon the three when he shows up to try to burn down the property. A character from Sinister, the deputy has learned about Bughuul and his tactics, and he’s trying to stop the spread of his evil. Bughuul craves the souls of new children. He infects their souls by recruiting them with dead children’s ghosts (previous victims) and snuff films that they shot with movie cameras and encouraging his new targets to kill their families. That only happens after the families and children get spooked in one location (the site of a previous murder) and move on to a new place. The deputy hopes to break the chain by burning down the murder sites, but it may be too late because Bughuul and the accumulated ghost children already have their sights on Dylan.

The actors portraying the main characters and the ghosts are quite convincing. Sossamon stepped into the spotlight with A Knight’s Tale and has been in a large number of projects since, including this summer’s Wayward Pines TV series and the current season of Sleepy Hollow. You’ll recognize rugged hero type Ransone from his many credits, including the original Sinister and the TV series The Wire. I have to admit that I’m more impressed with the child actors as the real stars here. Robert Daniel and Dartanian are two-thirds of triplet brothers, and their characters are different enough here in both appearance and mannerisms so that it’s easy to distinguish them and understand why Dylan is entertaining Bughuul’s temptations while Zach is out of the loop. The actors portraying the ghosts, notably Lucas Jade Zumann as leader Milo and Jaden Klein as Ted, are perfectly creepy and unsettling. 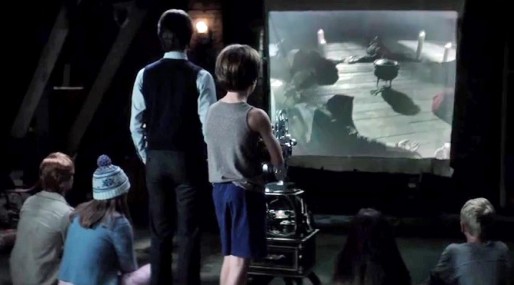 This is a horror movie after all, so its success or failure depends on the scares that it generates. Sinister 2 kept me interested throughout and on the edge of my seat at times. The ghosts pop up unexpectedly to bother Dylan, and their snuff films are simple and effective with innocent titles like “Fishing Trip” and “Kitchen Remodel” that belie their horrific images. Bughuul (Nicholas King) is frightening, menacing and unpredictable, and once a character sees him, it’s too late because he’ll eventually steal his soul. The seamless special effects are subtle and extremely important because Bughuul can appear in the corner of the room or even come to life in a picture. His methods are perhaps unnecessarily complicated. Why not just prey on the current inhabitants of a house and move on when nobody else comes around? A scene in a cornfield is particularly good, so Sinister 2 is equally good in eliciting terror indoors and outside.

Every year, there are a few sequels to horror films, and they vary in quality from good to awful. The great ones are rare. Fortunately, Sinister 2 leans toward good. It shouldn’t be confusing for people who didn’t see the original because the writers adequately explain the world and what’s going on with Bughuul and the ghosts. The plot is the perfect collision of a family in crisis and a vengeful spirit who needs to feed on young souls. Sinister 2 stands alone in its own spotlight far away from the eventual glut of horror flicks in October.