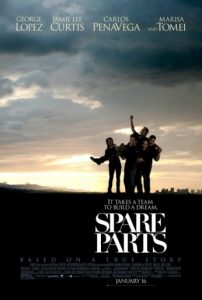 The life of an undocumented immigrant student isn’t quite the same as it is for their naturally born counterparts. They live in a world that can feel like a demented version of the popular crane game. Players manipulate a clasp into a pile of plush toys, hoping to maneuver one into an empty prize chute. In this version, the students go about their lives with a real-life arm that looms forever just above their heads. At any moment, an immigration officer can descend on any family member and deposit them forever out of reach back in Mexico.

It’s the kind of existence that creates its own set of low expectations and obvious limitations. Carl Hayden High School in Phoenix, Arizona, is home to many such challenges. Its student body can change at an instant with entire families disappearing from one day to the next. Teachers need to find a way to do what they can while they can. Four of its students form an unlikely team under the direction of the school’s newest teacher, Fredi Cameron (George Lopez). Together, they hope to compete in a national underwater robotics competition that features the country’s very best engineering students, including those from perennial winner MIT. 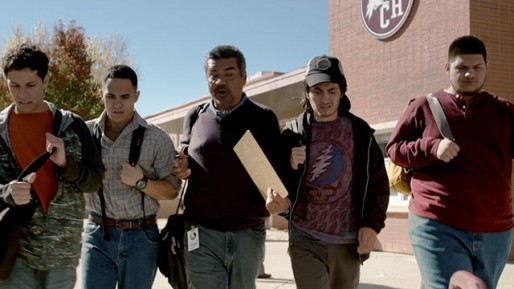 This curious fish-out-of-water tale comes from a true story first covered in Wired magazine in 2005. Much of the original story remains intact in this retelling of a fascinating against-all-odds journey. Director Sean McNamara has a long history in television, and his efforts do end up feeling, at times, like a TV movie of the week. Much like the title, McNamara seems to have embraced every spare part that happened to come his way. Jamie Lee Curtis wins us over as the ever-cheery but underdeveloped principal. Marisa Tomei plays a completely forgettable role as one of the school’s most dedicated teachers. She’s also supposed to be a potential love interest for Lopez’s character, but their chemistry is so wrong that it just never feels natural. Esai Morales excels as the gruff, stressed-out father of one of the students. The story itself is overloaded with melodramatic scenes and a large dose of heavy-handed preaching.

Through it all, it still manages to find its way into our hearts. Its campy approach and story reminds me of a mix between 1987’s The Principal and 1993’s Cool Runnings. It’s often so cute that you can’t help but crack a smile. In an community where everyone learns to make the best of the smallest positives, here’s a story about the biggest and best kind of pure American dream.