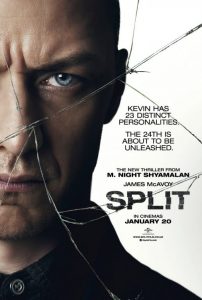 Three girls attempt to escape the clutches of a kidnapper suffering from a dissociative identity disorder.

Words have the power to invoke many emotions, but none cause more fear than these words appearing at the beginning of this film — “Written and directed by M. Night Shyamalan.” I get goosebumps just typing them. Seriously, though, Shyamalan’s recent track record has been so poor since The Sixth Sense that many of us wonder how he convinces anyone to fund his projects. This latest effort is certainly an improvement over his last, oh, seven or so films, but that’s not saying much.

The low bar that Shyamalan set these days works in the film’s favor. The mild tension that it delivers feels like a torrent of terror by comparison. As usual, the writing is highly suspect, including a major cheap stunt that has no place in a film of this supposed caliber. Star James McAvoy gets a role built to impress the awards crowd, but his shtick gets old… fast.  That’s a problem because the film runs about 30 minutes too long. I just wish that I could have sent one of my other identities to see it. 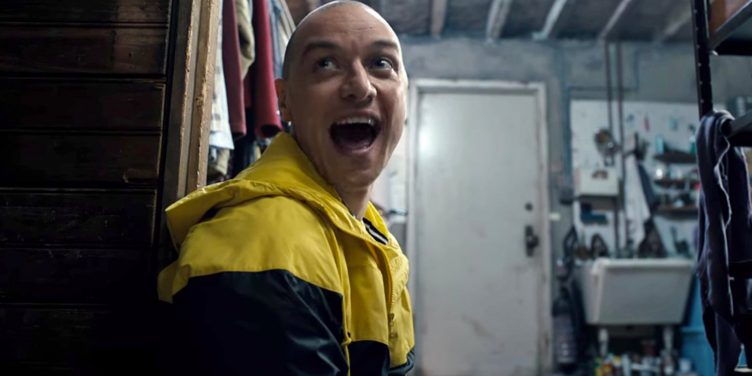