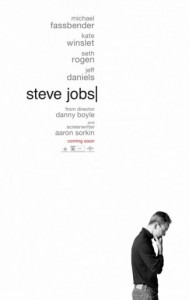 The visionary leader of Apple pulls no punches ensuring that his ideas and insights are followed to the last detail in the buggy biopic Steve Jobs.

Steve Jobs (Michael Fassbender) was a man on a tireless mission to recast the perception of technology. Where others saw gizmos and gadgets, Jobs saw evolutionary cosmic beauty. This was not a man of small concepts. Jobs could only see things in monumental terms. Yet for all his boundless vision, he lived in a very lonely world, a world that included but one inhabitant — Steve Jobs. Even those in his innermost circle would find it impossible to break through his icy exterior.

Jobs lived life like Zeus, commanding humanity from atop Olympus. If you were lucky, he would deem you worthy to bask in his glory, but only for a fleeting moment or two. If you failed to meet his often impossible expectations, you’d be doomed to endure his epic wrath. Scorned women hath no fury like Steve Jobs, yet for all the fire and brimstone, he was a winner. Jobs had a sixth sense for things that superseded the sideshow. Apple flourished under his command and foundered in his absence. The one constant in his approach was a firestorm of extremes regardless of the success or failure of a product. It produced a work atmosphere more like that of a dysfunctional family than corporate professionalism. It also brought fame and fortune to those willing to endure standing in his shadow.

Director Danny Boyle (127 Hours and Slumdog Millionaire) must have had his hands full bringing writer Aaron Sorkin‘s traditionally frenetic writing to life. The entire film takes place behind the scenes at three different major product launches. If sunlight were a character, it would lament being left on the cutting room floor. This is a walking, talking whirlwind that never stops to enjoy the sparse, claustrophobic scenery. Jobs’s main sparring partner for the film is his omnipresent marketing head, Joanna Hoffman, played by initially unrecognizable Kate Winslet. The two dominate the dialogue as they play a continual game of verbal tug-of-war. Jobs takes a break arguing with Hoffman only to largely spend it arguing with his ex-girlfriend Chrisann Brennan (Katherine Waterston). Their mutual daughter Lisa (played by three different actresses) is little more than a pawn in their perpetual chess match. Only cursory attention is paid to Jobs’s contentious relationships with his would-be father figure and Apple exec John Sculley (Jeff Daniels), Apple cofounder Steve Wozniak (Seth Rogen) and Apple developer Andy Hertzfeld (Michael Stuhlbarg). Each has the air of a Pompeii resident casting a suspicious eye on the towering Vesuvius.

The film has the feel of typical Sorkin fare. Its stock can be measured with the rise and fall of its rapid-fire dialogue. When it’s on, which it is for much of the film, it’s riveting. Ultimately, it’s a cheap high. The fact of the matter is that little you see on screen ever actually took place. Its best lines and moments are almost entirely fabricated.

Another concern is Boyle’s use of entirely unnecessary, highly distracting visuals. They take away from an otherwise mesmerizing performance from Fassbender.

This latest interpretation of Walter Isaacson‘s best-selling biography gives us another look at a clearly brilliant man but another failure to explain the source of the brilliance. Jobs was explosive, eccentric and broken. We get that, but we want more.

(You can read about my own encounter with Jobs regarding a topic covered in the film.) 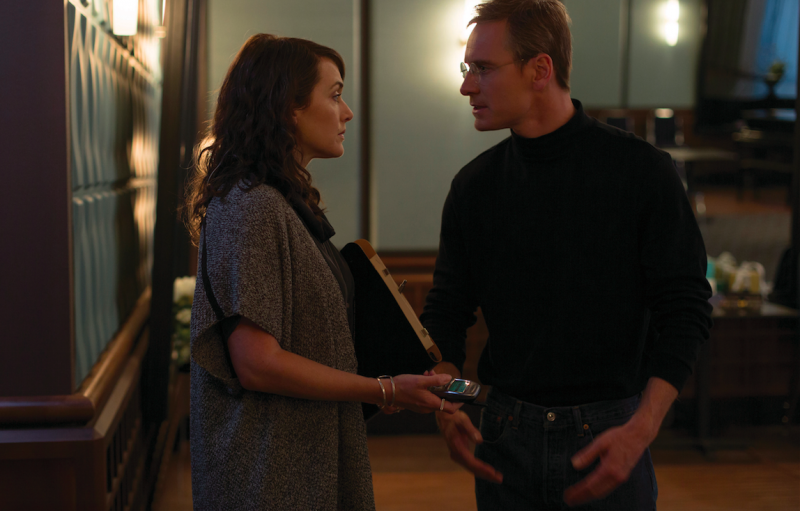