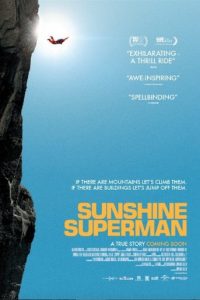 Carl Boenish knew a thing or two about overcoming daunting obstacles. As a child, Carl was stricken with polio, losing the use of his legs for nearly a year. Once back on his feet, nothing could keep him grounded. Boenish would go on to become an engineer, but he would excise its typical sedentary realities. He recast his expertise into a career as a top Hollywood cameraman. His close-up shots of skydivers would earn the respect of everyone in the industry.

The thrill, exhilaration and freedom of his work drove Boenish to different heights. His true calling would take him to the tops of countless skyscrapers, bridges and mountain peaks — to jump off all of them. His desire to find something fresh ended up launching an entirely new sport — BASE jumping. He then set out to tell the rest of the world about it. 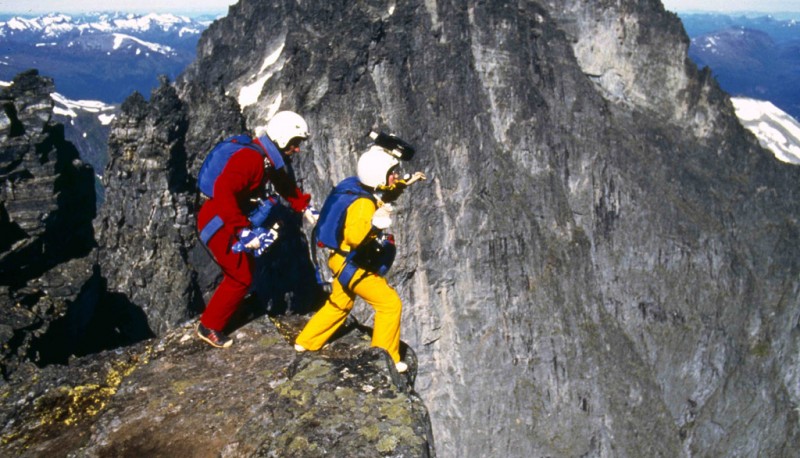 This 100-minute documentary takes us on a journey inside the mind of a human being who knew few limitations. First-time director Marah Strauch lays out Carl’s story through a combination of original film footage and re-creations. The most entrancing shots come from Carl’s own jumps. Using helmet cameras of his own creation, Carl’s first-person footage gives us a true sense of the elation one must experience while seeing the world slip by so effortlessly.

In fitting fashion, this story about an overachiever sets itself apart with an unexpected tenderness. The true heart of this tale is its surprising, often touching love story. When we first meet Boenish, we’re immediately struck by a deep awkwardness in his personality. It’s the kind of social disconnect that often keeps people at a distance. Carl overcomes it through sheer power of genuine passion. The future Jean Boenish would find herself drawn to it and the man behind it. On first glance, one would take Jean for an accountant or librarian — Carl’s ideal complement. The two formed a perfect pair. Jean would find herself by Carl’s side in nearly every heart-pounding walk off the world’s tallest structures. It’s a captivating romance of love, life and limitless potential.

Unfortunately, newcomer Strauch seems overmatched for the material. The film gives every impression of a project shot on a shoestring budget. The majesty and splendor of many of its best locations suffer from a muted and flat presentation. The interviews lack a professional feel. They seem more like random thoughts culled from anyone willing to go on camera.

All the same, Carl and Jean’s incredible story wins the high ground. This is a fascinating look at what it’s like to live life to the fullest. Jump to it.