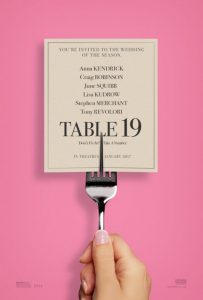 A jilted ex-maid of honor attends the wedding anyway, only to be seated with quirky strangers in Table 19.

We’ve all done the wedding thing. The difference here is that this one will cost you $10 (or so) a head to attend. What do you get for $10 a head? Apparently a painfully broken wreck of a film.

Nothing about the story works from any angle. The wedding doesn’t feel genuine. The guests are horrid. The service is terrible. The cake is even blander than normal. One slow scene after another drags on with no sense of coherent direction and little in the way of laughs to distract us from it. Anna Kendrick and the rest of the usually reliable cast all look lost even when their characters aren’t supposed to be. Brain-starved zombies move about with a better sense of purpose — and could likely pen a more believable script. The plot is like the centerpiece that no one wants to take home. It’s just that bad.

You could crash any wedding of complete strangers and have a better time than the 87 minutes and 4 interminable seconds you’d waste on this shindig. Its only saving grace is some curiously decent music from an average band. Well, that and you won’t be expected to send a gift. Be sure to RSVP your unequivocal regrets to this unwelcome invitation. 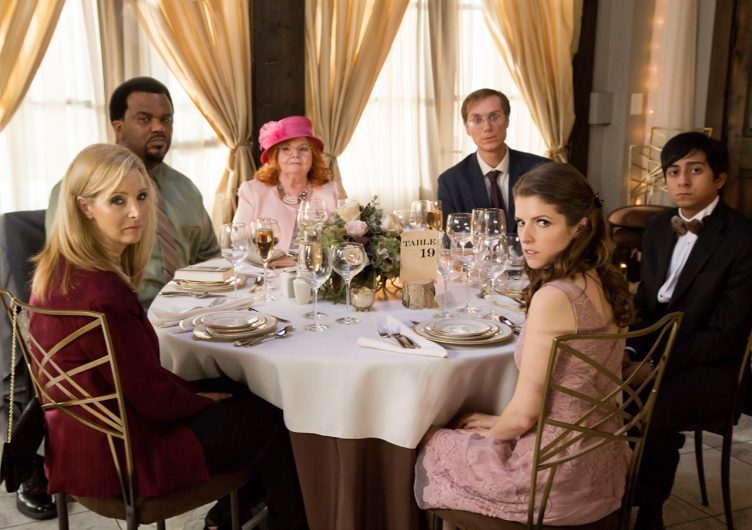