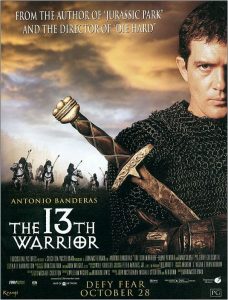 An Arab diplomat is drafted into a Norse battle against a legendary foe in The 13th Warrior.

Nearly every part of this film embraces the viewer in its telling. The casting is absolutely superb. Antonio Banderas fits the role as well as Excalibur fits Arthur. The twelve Norse warriors who join him look as if they were plucked straight out of a 10th Century Viking ship. Their infectious banter is the perfect mix of witticism and bravado. It’s also a film where the masculinity dial is turned fully up to 10. Action fans will cheer it, while testosterone fans will be left breathless from an overloaded imagination.  All of it is surrounded by an exceptionally epic score that knows exactly when to raise the roof and when to let it fall back to its foundation.

Michael Crichton‘s tale deserves a much better fate. Its production and release were marred by countless difficulties, causing it to become one of Hollywood’s most audacious bombs. What a mistake.

Age has only improved this wonderfully atmospheric adventure. Its inclusive, diversity-based story line is exactly what the world needs most today. It also remains one of my favorite films. 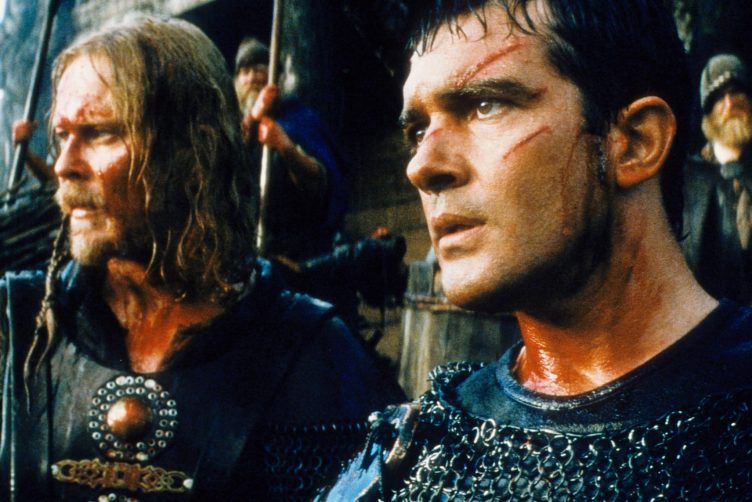