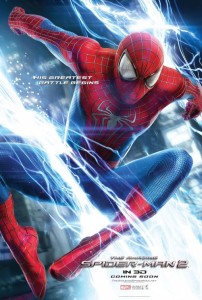 Marvel‘s venerable web-slinger returns to protect the city from Electro, the Green Goblin and OsCorp in The Amazing Spider-Man 2.

I grew up with what’s called “Retro Spider-Man” — an animated series that originally ran from 1967 to 1970. Even with its occasionally outrageous plots and rather low-quality animation, every kid in the neighborhood was a huge fan. During the ’70s, we had to wait until Saturday for a single episode of Super Friends (Superman, Batman, Wonder Woman and Aquaman), but Spider-Man — thanks to syndication — was on every day of the week. As a result, the series theme song is forever burned into memory.

By the time the character returned to the big screen in 2002’s Spider-Man, I’d become a bit jaded. Comic book characters tend to fade into the background for many of us as we get older — much like Santa Claus. Nor did it help that the Batman series of feature films had gone entirely off the deep end, reaching its nadir with 1997’s Batman & Robin. All the same, I wanted the nostalgic moment, but like most such experiences, it couldn’t live up to the memory. Sam Raimi‘s interpretation just didn’t feel like the same superhero I once knew. 2004’s Spider-Man 3, where Tobey Maguire switches back and forth between good Spidey and evil Spidey by changing the part in his hair, was the final straw. I was done. When the reboot showed up in 2012, I had zero interest and skipped it entirely. 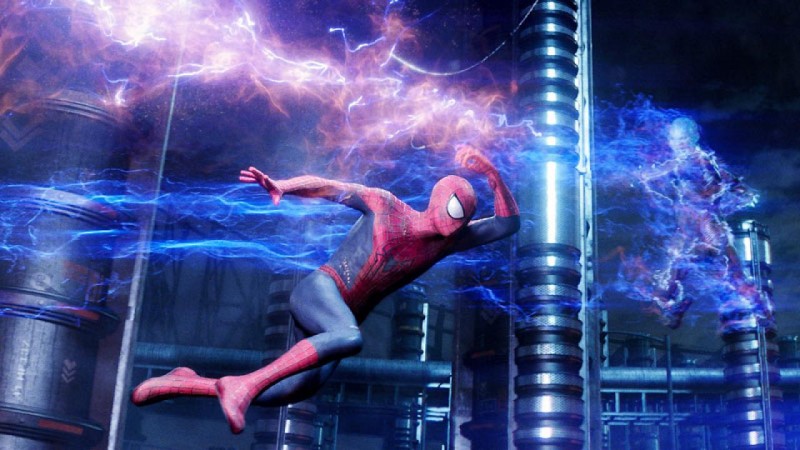 Imagine my surprise as I sat mesmerized by the current film, with Andrew Garfield and Emma Stone reprising their roles as the masked crusader and his high school sweetheart Gwen Stacy. What was the cause of the turnaround? For starters, the first scene had the same energy as the opening of a new James Bond film. From there, nearly every element felt true to the superhero I grew up with. Garfield is a perfect fit as Peter Parker/Spider-Man. He’s unassuming and naturally charismatic in a way that just eluded Maguire in the role.

The film keeps the energy flowing throughout with an effects extravaganza and a surprisingly meaty script that never feels burdensome. Some logic issues aside, this is everything a comic book translation should be, including strong ties to the original canon and a make-believe world that you can really believe. This has blockbuster written all over it.