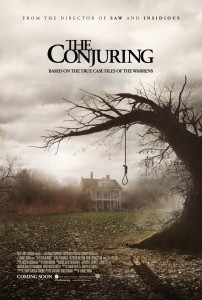 A noted paranormal investigation couple come to the rescue of a family whose new home transforms from dream to nightmare in the new horror film The Conjuring.

In 1971, the Perron family scraped together everything they had to buy their first home in a beautifully wooded area of Rhode Island. This family of seven, including five daughters, realize almost immediately that they’re far from alone in the house and that the other inhabitants have no intention of vacating quietly. Roger and Carolyn Perron (Ron Livingston and Lily Taylor) quickly reach out to Ed and Lorraine Warren (Patrick Wilson and Vera Farmiga), who investigate paranormal events. We’re told this is “based on a true story” from the files of the Warrens and that it represents the one case so jarring that they’ve avoided wider discussion of it until now.

This is every bit a classic — and rather typical — haunted house journey from the first scream to the last. Almost every element of the film is highly derivative. We get all the haunting staples that we’ve seen before in The Amityville Horror, Poltergeist, The Exorcist and more. There’s hardly a scene we encounter that feels original in any way. It’s as if the film itself is its own Frankenstein. Instead of body parts cobbled together to form a person, the mad scientist writers pasted together well-known scary sequences to create a horror film. 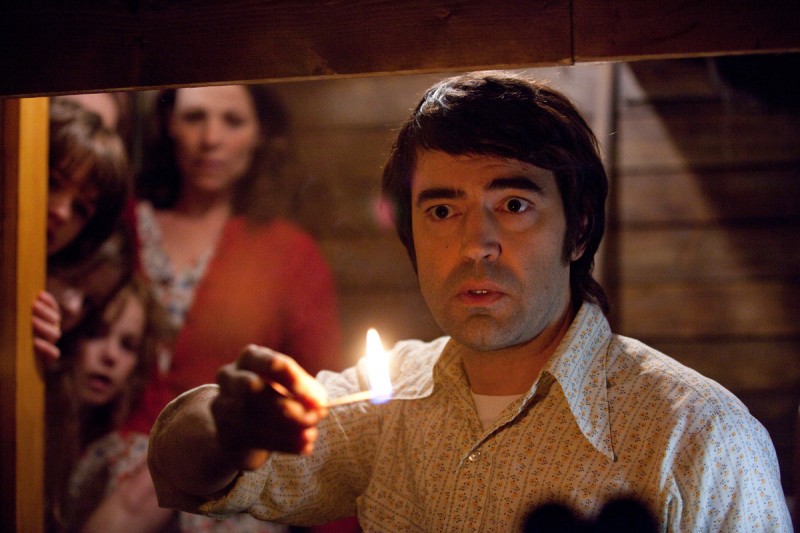 All that said, the movie is eerily creepy from the first frame on. The look, feel and sound of it will rattle you to the core time and again. Much of the emotional impact is due in large part to the excellent acting of the five daughters and the camerawork in how that’s all presented. We can feel every hair on their necks rising.

Unfortunately, there are some elements that reek like rotting flesh. Wilson, as a goodie-goodie version of Ed Warren, often comes off a bit too flippantly for the benefit of the story. In one key scene, he attempts to explain possessions by equating it with stepping on gum. Really? Taylor is a solid actress, but she’s already been a lead in a haunted house film (The Haunting), and that seemed par for the course and nonetheless distracting given all of the other borrowed elements. I also have no idea why the film has the title it does. No one does any conjuring in it whatsoever. I also have to object to a few of the jolts taking the cheap route almost akin to just sneaking up behind someone and shouting, “Boo!”

However, as I said, you have to give director James Wan credit for taking so many cliched horror moments and some highly suspect source material and turning it into a frightfest that still manages to scare the hell out of you.