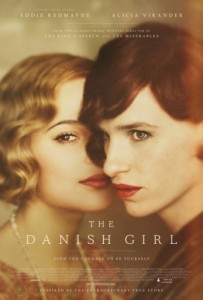 A loving, artistic couple deal with the challenges and fallout of the husband’s desire to escape his male body in The Danish Girl.

From the first moment of self-awareness, you’re haunted by the realization that something is amiss. The image you see in the mirror reflects back a visage of some imposter who is claiming to be you, but clearly isn’t. The world you inhabit would never understand. The slightest glance in a direction away from the expected path breeds gossip and ridicule. Surely, you are to blame.

This is the reality in which Einar Wegener (Eddie Redmayne) wakes up every day. It’s a reality that he’s somehow managed to bury through years of carefully crafted denial and guilt. His transformation is so complete that even his doting wife Gerda (Alicia Vikander) never suspects a problem. It’s not until a playful series of events turns serious that they both realize that things will never be the same.The events reawaken a long-smoldering fire that slowly burns away the last remnants of the façade that once was Einar. In its place emerges Lili Elbe — the person trapped beneath a lifetime of repudiation. She longs to be free of the lie of her own body.

Director Tom Hooper is clearly no stranger to epic drama with two recent master strokes of the genre on his resume — 2010’s The King’s Speech and 2012’s Les Misérables. He returns to the biopic format with this true-life story of a woman struggling to survive in the confines of her male body. It’s a worthy addition, but not up to the level of either of his two previous efforts. The acting is superb. Both lead performers have already garnered well-deserved Golden Globe nominations. Redmayne’s portrayal is the most transparent, but it’s Vikander’s performance that bears the heaviest burden. She carries it with an ease that is simply astounding.

Lili’s fascinating journey is, at times, squandered by a script that suffers from its own identity crisis. On one hand, we’re reminded continually that this is an era (the 1920s) where no one could even whisper words like “homosexual.” On the other hand, Gerda barely blinks at the notion of her beloved husband doing a 180 right in front of her. The two realities don’t seem capable of existing in the same world that this film constructs for us to inhabit. There’s also quite a bit of frustrating, ambiguous dialogue as well as a few scenes that feel like they fell victim to an editor with a train to catch. The disconnects are explained in part by a script that takes heavy liberties with the true story.

This is a beautifully shot film with some very poignant (but flawed) moments. See it for its dazzling performances, but don’t expect a tale with the impact of either of Hooper’s better efforts. 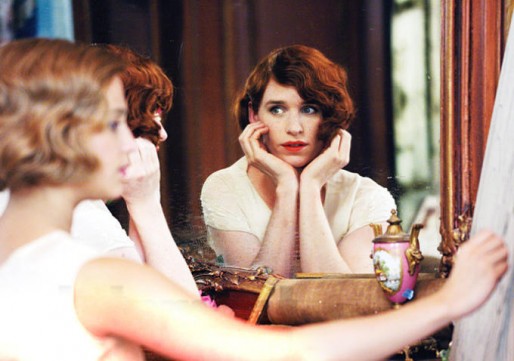