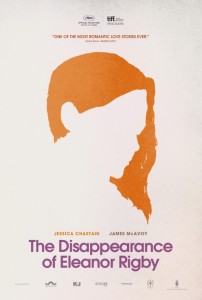 A young married couple struggles to keep their relationship intact in The Disappearance of Eleanor Rigby: Them.

Connor (James McAvoy) and his wife Eleanor (Jessica Chastain) used to have a charmed relationship, but when the biggest challenge of their partnership comes, it threatens to destroy everything that was once so good.

Eleanor has moved back home to live with her parents (played flawlessly by William Hurt and Isabelle Huppert) and takes the opportunity to go back to college, where she bonds with one of her professors (Viola Davis). After the restaurant Connor runs with his best friend Stuart (Bill Hader) falls on hard times, he’s forced to move in with his emotionally distant father (Ciarán Hinds in a standout performance). The couple still have genuine affection for one another, but Eleanor is resolute in her desire to keep her distance. The mere thought of Connor brings back all of the bad karma, and that’s just too heavy a burden for her damaged psyche to bear.

Connor wants little more than to get his wife back and works to make it happen, but that’s easier said than done when the other party has done everything possible to keep them at a distance — both mentally and physically. 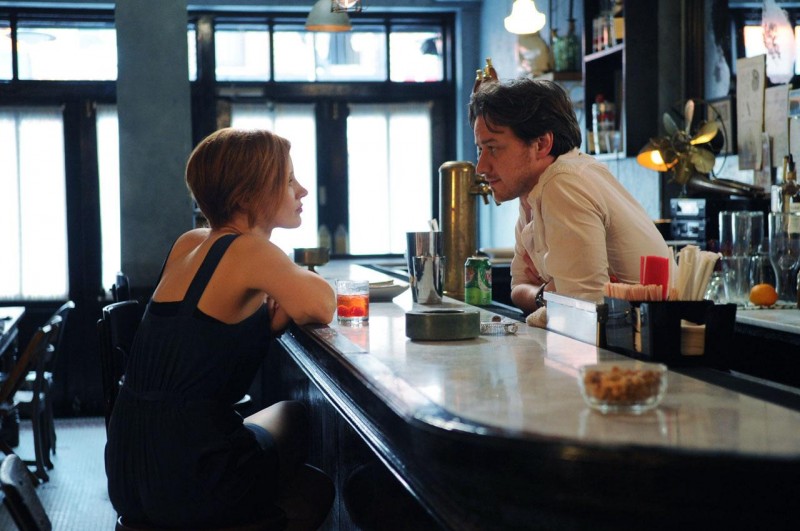 The film we encounter today, subtitled Them, is actually a reedited combination of two other films — subtitled Him and Her — from writer/director Ned Benson that were originally shown at the 2013 Toronto Film Festival. Those original versions are reportedly coming to art house theaters in mid-October. I can’t speak to the originals, but what we encounter in the current film is a very confused mixed bag. The performances and atmosphere are exceptional across the board. It’s the story that’s we’re given that’s a complete mess.

To give you some idea of the perplexity involved, we don’t even find out the nature of the couple’s relationship until roughly 25 minutes into the film. We’re presented with one disconnected scene after another, never knowing where it fits into the bigger story. Benson clearly intends the audience to reconnect them all but forgets that we don’t have the essential perspective to work from. What we get is an oddly depressing film whose origins we’re not privy to. It’s like coming into a book at the midpoint. We just can’t really relate to anyone as a result.

The catalyst for their troubles also suffers from the presentation. When it’s revealed, it feels like nothing more than a gimmick. We spend much of the film asking why this is happening. That tension only exists as a byproduct of what’s purposely kept out of view. Other areas of the plot also make little sense. For starters, Eleanor is entirely unfamiliar with the lyrics of the song for which she’s named. Almost everyone knows that song without being its namesake. The entire relationship between Eleanor and her professor bears mention. Their immediate rapport is entirely unbelievable, especially given the very direct commentary that the professor uses during their first interaction.

Perhaps it all makes sense if you’ve experienced the other two films, but the studios aren’t giving us that option. We’re presented with a dark, plodding series of contradictions that leaves no one eager to revisit it twice more. Once was one time too many.